BNS
aA
Lithuania's police will step up patrols in the country's resorts and at cemeteries to ensure compliance with the existing quarantine conditions over the upcoming long weekend, Interior Minister Rita Tamasuniene said on Thursday. 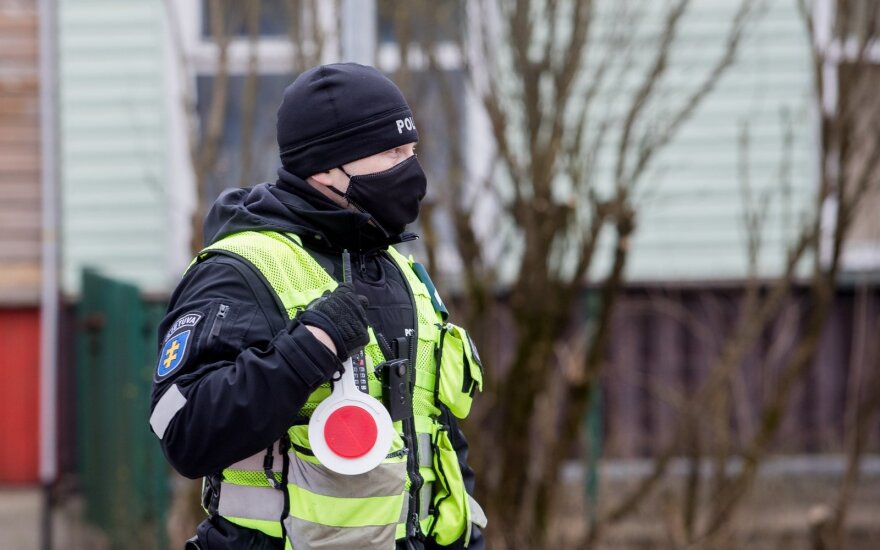 "The plan is being shaped in the following directions. The major focus will be on resort areas, municipalities, parks, seaside areas, beaches, and also cemeteries will be the place that will receive more attention from municipal administrations and our officers," the minister told journalists at the government office on Thursday.

Officers will ensure that people stick to the requirement to wear masks and keep a safe distance and do not gather in parks, the minister said.

Police Commissioner General Renatas Pozela says some cars might be randomly stopped and checked at checkpoints.

"We are reserving the right to randomly check vehicles and their passengers whether they meet all quarantine requirements," he said.

According to the interior minister, police officers will be assisted by municipal staff members and members of the Lithuanian Riflemen's Union. Patrols will be bolstered by around 40 percent as around 800 patrol officers will work over the long weekend.

"Patrols in resort municipalities will start at 7 p.m.," Tamasuniene said, also adding that drones might be involved in certain patrolled areas.

"The key thing is to ensure that people do not gather and keep the distance," she underlined.

Veryga: some restrictions will remain even after quarantine is lifted (1)

Certain restrictions will remain even if the quarantine in Lithuania is lifted on May 11, the...

A quarter of trading venues inspected in Lithuania fail to ensure quarantine conditions, with...

Seimas approved the aid after quarantine

The Seimas approved special aid and support measures for employees, the self-employed, people who lost...