BNS
aA
An investigation into a public order violation and eight administrative cases have been launched after a rally held in Vilnius last Friday to support the Black Lives Matter movement, Police Commissioner General Renatas Pozela said on Wednesday. 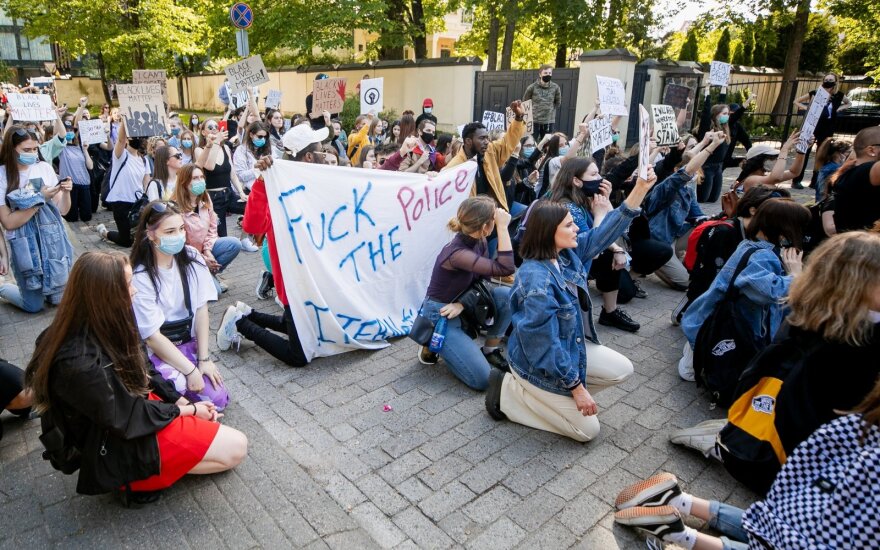 "One pre-trial investigation into a public order violation and eight administrative cases have been opened," Pozela told reporters.

"We want people to express their beliefs in a peaceful and reasonable way – without using such epithets and insulting institutions or specific officers, or, even worse, using violence," he said.

According to the police chief, people who held certain placards will be subjected to administrative liability and those involved in a minor scuffle could face criminal liability.

Around 1,000 young people rallied in Vilnius last Friday to express solidarity with anti-racism protests in the US and around the world triggered by the death of African-American George Floyd at the hands of a police officer.

The crowd marched from Vilnius' central Cathedral Square to the US embassy where they kneeled for 8 minutes and 46 seconds, the same amount of time that the Minnesota officer held his knee on Floyd's neck, causing his death.

Outside the embassy, they were met by a group of counter-protesters who chanted "Freedom for Lithuania" and sang folk songs.

A minor scuffle broke out after a demonstrator tore a placard held by an anti-protester and knocked him onto the ground. The police intervened a few seconds later to prevent further violence.