BNS
aA
Darius Zukauskas, chief of Kaunas County Chief Police Commissariat, has been dismissed from the service after losing the right to work with classified information, the Police Department said on Wednesday. 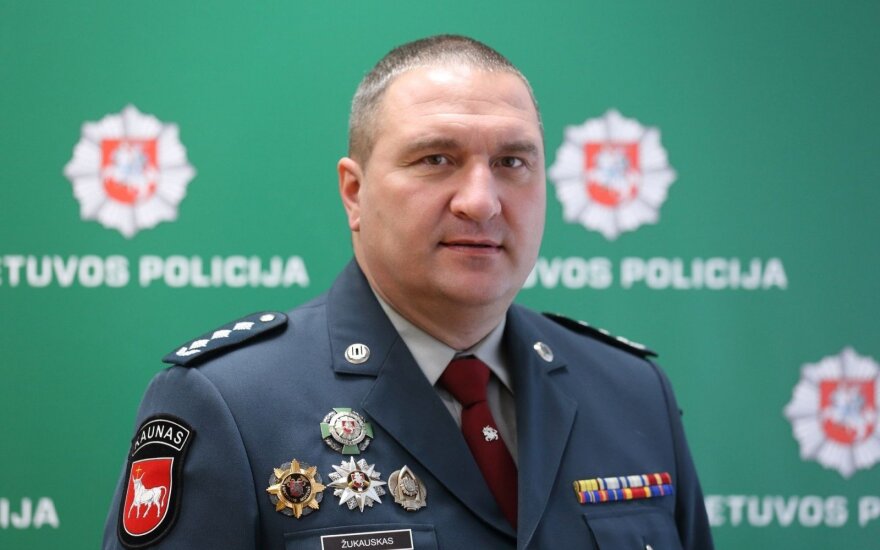 "Having been stripped of permission to work with classified information, Zukauskas is dismissed from the police service as of today (Wednesday – BNS)," the Police Department said.

An internal investigation was launched into Zukauskas' suspicious ties upon receipt of information during a pre-trial investigation involving Kaunas police officer Donatas Karalukas who is suspected to have taken more than 10,000 euros in bribe and covered an illegal business.

According to the department, more information and evidence was collected during the internal investigation regarding Zukauskas, covering different periods, and the final decision was made taking everything into account.

The internal investigation concluded that Zukauskas' personal characteristics, behavior and ties with certain people raise reasonable doubts on his reliability and possibility for him to continue working with classified information.

The department paid attention to the fact that the internal investigation did not focus on Zukauskas' liability for some crime or offence as it only looked into his personal characteristics, behavior and reliability and whether he could continue working with classified information.

Zukauskas can lodge appeals with courts over this decision.

The Police Department continues its internal investigation into Zukauskas and another former police officer's actions in Tenerife. The investigation will be completed despite the fact that both officers no longer work for the police.

The Lietuvos Rytas daily reported earlier that Giedrius Skladas, the then chief of the Organized Crime Investigation Board of Kaunas County Chief Police Commissariat's Criminal Police, and Zukauskas, who was on paternal leave at the time, and a lawyer arrived at a Tenerife villa that belonged to now deceased businessman Raimondas Karpavicius and demanded that the people who were staying there vacated the villa over the period of two hours.

The daily noted that the fight for the then already gravely sick businessman's inheritance had already started. The police was called in for the Lithuanians who arrived at the villa.

Police officers in Lithuania's second-largest city of Kaunas on Friday detained a man suspected of...