BNS
aA
Lithuania's police is carrying out an international investigation into police corruption in the country's second-largest city of Kaunas, prosecutor Vytautas Kukaitis told a press conference at the Police Department on Wednesday. 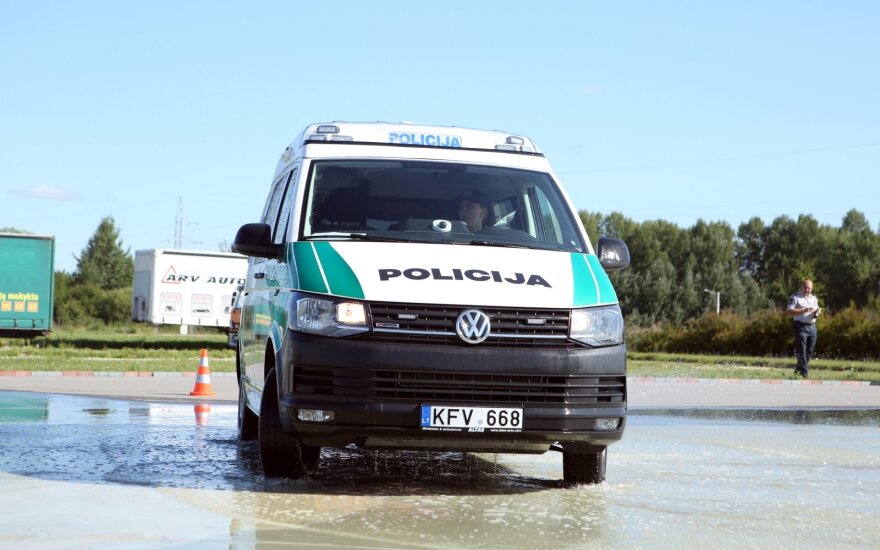 Police Commissioner General Linas Pernavas also said during the press conference that Kaunas Police chief Darius Zukauskas would be removed from his position.

"The investigation has moved forward, with three new pre-trial investigations on serious crimes launched, related to international fraud, money laundering when acting in a criminal group with links to groups operating abroad, and also related to smuggling," the prosecutor said.

According to Kukaitis, detention periods for members of the organized groups have been extended for one and two months and will be further extended.

"It turns out that the majority of evidence was received from foreign countries. The Criminal Police Bureau is in direct contact with the French Gendarmerie, the Spanish internal affairs attaché, as well Belgian, Danish and German law enforcement," Kukaitis said.

In his words, the investigation uncovered a scheme of using forged documents to acquire various goods, including alcoholic beverages and car parts, abroad. The value of goods acquired abroad and in Lithuania exceeds 300,000 euros.

Five people are currently detained, with suspicions brought against more than a dozen people. They also include foreign citizens.

"Following the launch of the pre-trial investigation, officers of the Lithuanian Criminal Police Bureau are receiving additional information on the theft of car parts and their wide-scale seizure abroad," Kukaitis said.

Car parts acquired abroad were sold in Lithuania by an organized group. „Today, I will sign an order on the removal of Darius Zukauskas from this position," Pernavas said.

In his words, the decision to remove Zukauskas was made due to a threat to classified information.

Pernavas said he ordered the police's Immunity Board to launch an internal investigation into Zukauskas' ability to work and get acquainted with classified information.

In early October, Donatas Karalukas, the head of the 3rd division of the Economic Crime Investigation Board of Kaunas County Chief Police Commissariat, was detained at his workplace, suspected of having covered up illegal business and received bribes worth more than 10,000 euros.

The Lithuanian Competition Council has imposed a fine of 1.07 million euros on the property...

The Lithuanian government appointed on Wednesday Renatas Pozela, the head of the country's State...

Petro Vovchuk , a former chairman of the management board at Ukraine's State Food and Grains...

The Lithuanian Ministry of Justice unveiled Thursday its proposal to decriminalize less serious...