(3)
lzinios.lt
aA
Lithuanian politicians are hoping that the change in leadership of neighbouring Poland’s diplomatic corps will have a positive impact on bilateral relations. Meanwhile political analysts predict that Poland’s president will assume more leadership in the country’s foreign policy. 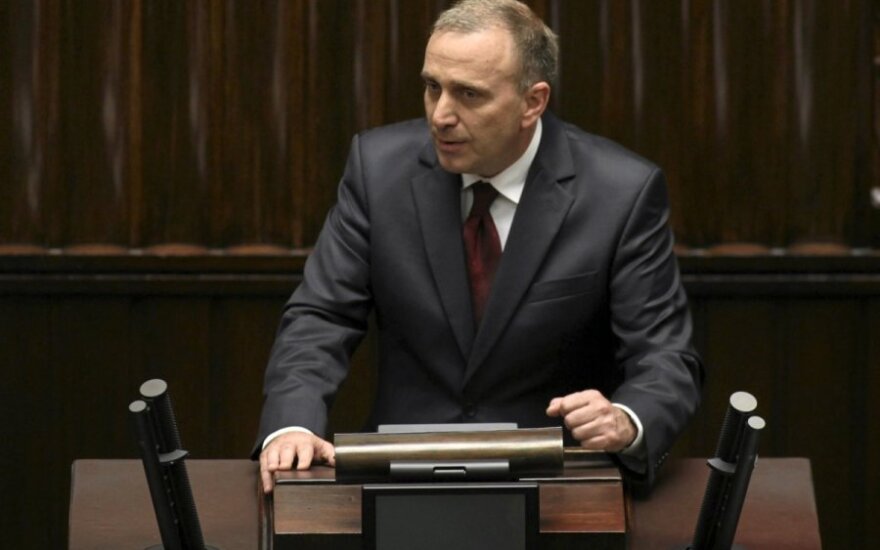 Unlike Radosław Sikorski, who led Polish foreign policy for seven years and annoyed Lithuanians with his sometimes scandalous statements, 51-year-old Grzegorz Schetyna, despite his rich political biography, is a fairly unknown figure to our politicians. As such, his first steps will be observed cautiously. Just like the contradictory information about Schetyna that can be found in the news media.

A master of political intrigue, Schetyna has no experience on the foreign policy scene, no knowledge of foreign languages, at least according to descriptions of the new minister in Polish news media. “Sikorski was at least well-liked and respected by foreign journalists, while Schetyna is like a helpless kitten among bloodthirsty predators. He would be able to order two beers in English, but not three,” Polish political scientists have had a contest of wits in deriding the new diplomacy chief.

Seimas deputy chairman, head of the European Affairs Committee Gediminas Kirkilas claims that Schetyna’s name is almost unknown in foreign policy circles. “This is, nevertheless, the decision of the Polish ruling coalition. I doubt it was made with little consideration,” the Seimas member says. According to him, the information circulating in the media concerning certain aspects of Schetyna’s activities is “not a serious argument”. “This may be more of a response to Sikorski’s withdrawal,” Kirkilas speculates.

At the same time he says he disagrees that Sikorski is “hostile toward Lithuania” simply because he has his specific position on the execution of the Lithuanian–Polish agreement. According to the Seimas deputy chairman, there is currently a feeling of warming relations between Poland and Lithuania, with numerous joint projects in the execution. 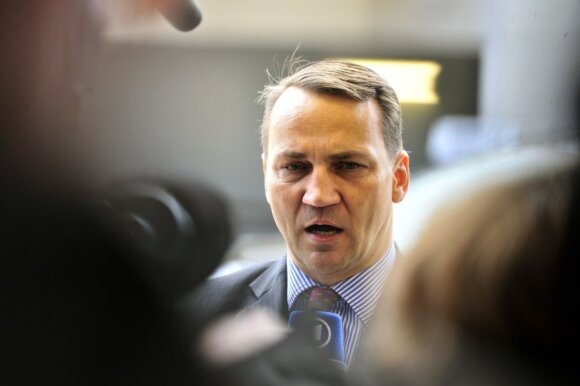 There are also plans to call a joint parliament assembly in late autumn. “I believe that currently, when we are included in a common defence plan, it is especially important to maintain a constructive relationship with Poland,” said Kirkilas. Thus, according to him, it is disappointing that there are politicians who complicate and spoil the relationship.

Member of the European Parliament Petras Auštrevičius thinks that, in terms of content at least, bilateral relations between Lithuania and Poland will remain as they are. The liberal politician claims he cannot describe them as “critically bad”, but does point out there is always space for improvement. Auštrevičius has formed a view of Schetyna as a temperate personality without any distinctive features.

“There will probably be a change in the level of commenting by the person responsible for foreign policy. Sikorski and he have very different personalities. In foreign policy, such personal factors that lend colour and emotion, are a very important aspect. I believe that Schetyna’s comments will be calmer, less strongly expressed than Sikorski’s,” the MEP says.

According to him, experience and knowledge of languages is not a “clear advantage”, though this does cause disruptions. “The question is how he will do his communicating. Maybe he will have good interpreters and assistants and will study languages. This is not the first person to enter foreign policy circles with no experience or knowledge of languages. We have examples of this on the EU level,” according to Auštrevičius.

He agrees that “a lack of bilateral work experience” will offer no advantages to the new foreign minister. But, according to the MEP, we have to accept the Polish candidate, as both states have serious overlapping strategic interests.

Better than his predecessor

“Schetyna has no experience in diplomacy, but another thing is that he has never held an interest in Polish foreign policy. Another important factor is that he is not known in Europe, has no political weight in the region,” political scientist Jacekas Komaras told LŽ.

Therefore, he says, there is a real risk that Poland will have no strong and well-known figure who can protect the state’s interests and express a position. “Poland may slowly be isolated,” he speculates.

On the other hand, as Schetyna has little knowledge of relations with Eastern Europe, there can be positive changes. “The driving force behind Poland’s foreign policy will likely be President Bronisław Komorowski and the presidential office. As such, we can expect a warming up in bilateral relations. Obviously, this will also depend on the Lithuanian government position,” states Komaras. 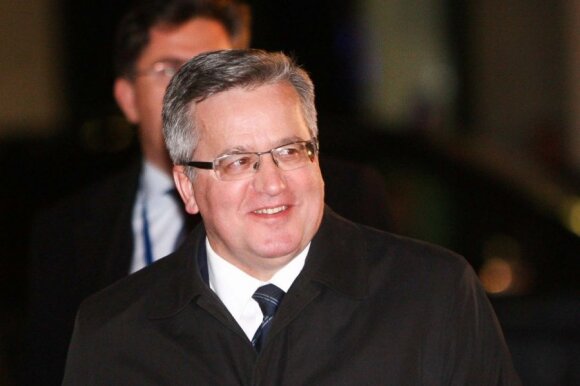 Political scientist Kęstutis Girnius believes that any Polish minister of foreign affairs is better than Sikorski whose general position was very strict toward Lithuania. “Though this was officially never confirmed, but you only need to remember his words that he would not go to Vilnius until the Polish ethnic minority’s demands were met,” he told LŽ.

According to him, while representatives from the Lithuanian cabinet were apologising to the Poles for some points of legislation and while the education law, the main point of discord, was later modified, Sikorski missed a great opportunity to “move the process” toward warming relations. “With his stance of not going to Vilnius, he prevented any improvement to bilateral relations,” highlights Girnius.

Meanwhile Seimas member and former minister of defence Rasa Juknevičienė expressed her take on the new Polish foreign minister on her Facebook profile: “The Poles are not being vague in expressing their opinion on the new cabinet appointments. There’s particularly much disappointment concerning the new minister of foreign affairs, he doesn’t even speak English. Well, I do not expect such appointments in Lithuania anymore.”

“Diplomats worry that, under Schetyna, Poland’s voice will be weaker. This is unavoidable, because Sikorski was minister of foreign affairs for seven years. He knew diplomats in Europe and had contacts around the world. Schetyna knows no-one and has to learn everything within only a year,” Polish analyst Wojciech Szacki commented on the situation.

Schetyna has so far led the Polish parliament’s Foreign Relations Committee, was previously parliament chairman and minister of the interior. Along with Donald Tusk, who has exchanged the premiership to a post in the European Commission, he founded the governing Civic Platform party. Later Schetyna became Tusk’s greatest rival.

Trade and Investment Promotion Section of the Polish Embassy is presenting Polish Business...

Visegrad differences will always exist, but V4 is much stronger than critics make out

An interview with Andras Racz, a Senior Research Fellow at the Hungarian Institute of International...