BNS EN
aA
After the Polish media leaked a secret recording of a conversation involving by former foreign minister Radoslaw Sikorski where he urged "to teach Lithuanians a lesson" in connection to Polish investments in a Mazeikiai refinery, Poland's Energy Minister Krzystof Tchorzewski says it indicates a strong Russian influence in Poland and Lithuania. 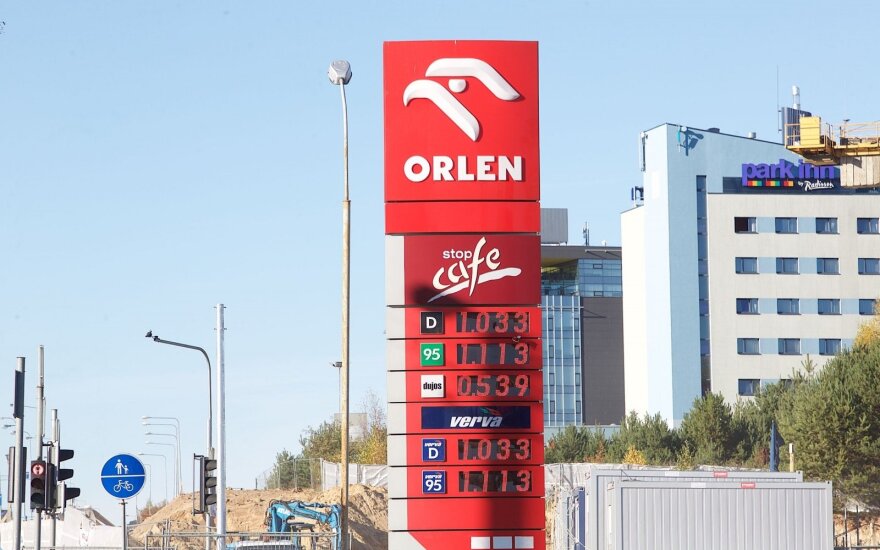 He also assured that Orlen Lietuva operated at a profit and expected profits this year.

Tchorzewski stated he was astonished that the politicians who listed themselves as patriots of Poland had failed to take into consideration the country's interests, dismissing the conversation about teaching Lithuanians a lesson by selling Orlen Lietuva to Russia's Rosneft as betrayal of Poland's interests.

"Jokes and bullying that are using in the discussing of the most important and strategic interest of Poland equal to betrayal of the nation," the energy minister said in comment to the Polish television TVP, which had published recordings of Sikorski's secret conversation with Orlen then CEO Jacek Krawiec.

In Tchorzewski's words, it now turned out that the oil refinery in Mažeikiai, northern Lithuania, was capable of working well.

"Apparently, somebody aimed to show that the plan to retain sovereignty, which was defended by president Lech Kaczynski, is unfair and loss-making," said the Polish minister.

"This demonstrates that the Russian influence in Poland and Lithuania is still big," he added.

In Tchorzewski's words, Orlen Lietuva last year netted a profit of 900 million zlotys and should post a profit for 2017, as well.

According to portal wnp.pl, the Polish minister said Poland was moving in the direction of synchronization of the Baltic electricity networks to help Lithuania separate from the Russian BRELL electricity ring.

Sources close to Lithuania's earlier government say Poland had been blocking or procrastinating energy projects important to Lithuania up until this year, first of all synchronization, demanding more favorable freight transportation by rail tariffs for Orlen Lietuva.

The 2014 tariff dispute was settled at the end of June 2017 after Lietuvos Geležinkeliai (Lithuanian Railways, LG) and Orlen Lietuva finally reached compromise and signed a deal.

Since the purchase of the Mažeikiai utility by Poland's Orlen in 2006, the Polish concern had been pressing the Lithuanian government to sell some of the shares in Klaipėdos Nafta (Klaipėda Oil) to enable Orlen Lietuva to build a much-needed pipeline from Mažeikiai to the Klaipėda port. After the government's refusal, Orlen later gave up the idea.

What does Poland's political upheaval mean for Lithuania?

The nationalistic Law and Justice party that recently came into power in Poland has been eyed...

The Lithuanian parliament on Tuesday adopted a resolution that calls for continuing and expanding the...