(1)
Žilvinas Labanas
aA
Across Europe all eyes have been on Poland's conservative Law and Justice Party since they dramatically swept back into power. After securing a majority in the Polish parliament, the party swiftly put their power to use, launching controversial reforms of the country’s Constitutional Court and increasing control over state media, in the process drawing comparisons with Viktor Orban's Hungary. 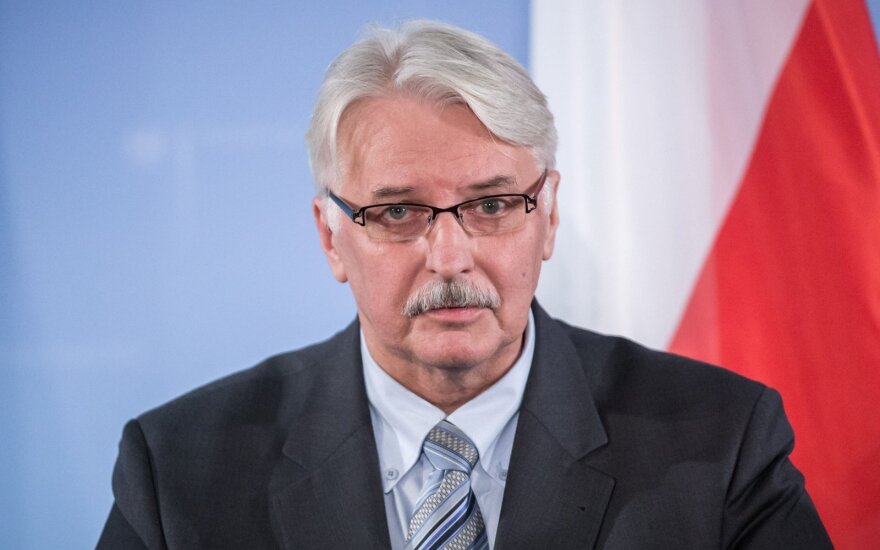 While so far all eyes have been focussed on domestic developments in Poland, and while Warsaw has yet to make any significant moves in the foreign policy arena, judging by hints from party leaders these moves will be both significant and potentially incendiary.

The new government's rhetoric suggests Warsaw is planning to challenge the existing rules of the European game, and plans to shake off the role of a client to the powerful (Germany). The new government’s goals for Poland's westward-facing foreign policies could not be accused of being unambitious.

No less important, however, is its "eastern front". With Russia's actions destabilizing security in Eastern Europe, everyone is expecting a tough line on Russia from the conservative government that often invokes patriotic card in its pronouncements.

Although the Law and Justice Party's focus so far has been on domestic policies, statements coming from the new government's officials about Russia hint at confrontation. First, there is a renewed interest in the 2010 presidential plane crash which killed the-then president Lech Kaczynski and 95 other high officials. Warsaw is indignant that, more than five years after the crash, Russia has yet to hand over the remains and black boxes of the aircraft that crashed.

Poland's new Foreign Minister Witold Waszczykowski has noted that the Malaysia Airlines jet, which crashed in eastern Ukraine in 2014, was returned to the Netherlands within a year and Russia received the remains of its passenger plane that crashed in Egypt last year with two weeks. Meanwhile five years later, there seems little progress on the return of the Polish government’s aircraft. 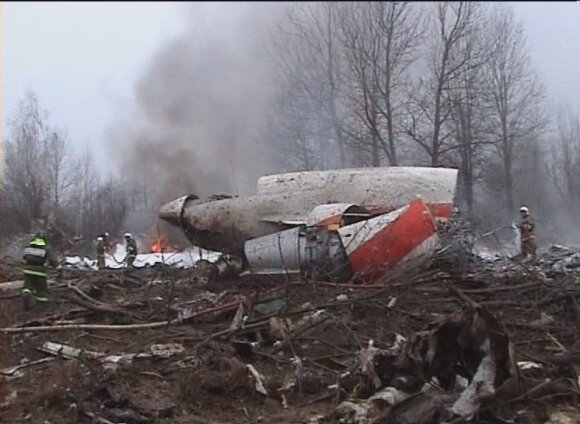 Last November, Waszczykowski said that Poland will file an international lawsuit against Russia for ignoring Warsaw's legitimate demands. Moreover, ever since coming to power, Law and Justice have insisted they will launch a new investigation into the crash to get at the "true" causes of the disaster in Smolensk.

Back in 2014, while still in the opposition, the party's MPs published a report claiming that the aircraft had been downed by a bomb. Poland's current Defence Minister Antoni Macierewicz has been one of the main advocates and promoters of the "bomb" theory.

Although the Kremlin will most likely laugh off Poland's plans to both renew the investigation and sue Russia, it is clear that reintroducing the old story, which could have been concluded five years ago, into the agenda of bilateral relations will be a step back in the already tense Moscow-Warsaw relationship.

Another hint at what course Poland's policies vis-a-vis Russia might take is a recent letter by the foreign ministers of Poland and Lithuania to the European Commission.

The letter, signed on December 11 last year, criticizes the European Union for sending positive and encouraging signals to Russia and for suggesting the possibility of lift existing sanctions. The Lithuanian and Polish ministers noted that the future of EU-Russia relations depended on positive developments in Russia's domestic and foreign policy, but added there was little cause to be optimistic.

The new government of Poland is sending a signal that it will not allow the European Union to give up Ukraine and will be sticking to a hard line on relations with Russia.

By annexing Crimea and inducing a war in eastern Ukraine, Russia unbalanced the existing order in Europe and forced Poland, historically sensitive to military threats, to adopt additional security and deterrence measures, including strengthening national forces and asking for more guarantees from allies.

In January, Poland announced it would create a US-style 46,000-strong National Guard for territorial defence operations. The first divisions are to be set up this year near Russia's Kaliningrad exclave.

The new government has also maintained an unequivocal position on the issue of NATO's physical presence in Eastern Europe. One of Law and Justice's key election campaign promises was to do everything possible to have permanent NATO bases and forces in Eastern Europe.

Some allies, like Germany, are sceptical about Poland's demands, pointing to the 1997 agreement where NATO promised Russia not to deploy permanent combat forces in Eastern Europe "in the current and foreseeable security environment".

With this environment changed by Russia's aggressive actions, Poland's foreign minister said last November that he wanted the 1997 document to be scrapped, clearing the way for permanent deployment of the Alliance's forces in Poland.

In another sign of Warsaw's commitment towards this goal, on January 21 Defence Minister Macierewicz announced that a 1,000-strong military battalion from the UK would be stationed in Poland as of next year. It has yet to be clarified whether the British forces will be deployed temporarily or indefinitely, but this clearly represents the first victory in the new government's strategy of NATO allies' greater physical involvement in Eastern Europe.

Continuing diplomatic pressure from Poland towards expanding military forces in the region is only to be expected in the run up to the NATO summit to be hosted in Warsaw this July.

One can be fairly certain that Russia, reluctant to see any permanent NATO forces in Eastern Europe, will insist on an "appropriate response", complementing that rhetoric with further militarization in its western territories.

In conclusion, more assertive policy positions are a striking feature of the new Polish government’s approach and this is clearly in evidence domestically, but also hinted at in its first foreign policy steps. One can question the importance, and the point of, bringing the Smolensk crash back on the agenda, but sanctions on Russia, and NATO military bases in Eastern Europe are sensitive issues over which Warsaw's and Moscow will continue to clash for the foreseeable future.

Žilvinas Labanas is analyst at the Eastern Europe Studies Centre.

Defence ministers of NATO countries on Wednesday endorsed plans to step up the Alliance's military...

Political analysts have said that the new Polish government paid little attention to Lithuania in...

Supporters and critics of Poland clash in European Parliament (1)

Poland and EU at odds: an uncomfortable position for Baltic States (1)

The return to power of the PiS, the self-proclaimed Law and Justice Party, in Poland has become a...