the Lithuania Tribune
aA
The Lithuanian, Belarusian and Jewish communities in Poland have been incensed by a state funeral accorded to a partisan leader linked to mass murders during World War Two. Szendzielarz is believed to have led the unit of Armia Krajowa, Polish resistance group, which murdered between 20 and 27 Lithuanian civilians, including children, in the town of Dubingiai on June 23, 1944.

Another resistance fighter Romuald Rajs (codename 'Bury'), who operated under Szendzielarz's command, was found by the Institute of National Remembrance (IPN) to have been responsible for the pacification of several ethnically Belarusian villages on Polish territory in 1946. 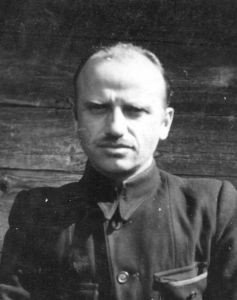 Poland's current right-wing government have been making sustained efforts to rehabilitate the "cursed soldiers" as patriots and heroes.

President Duda said in March that a plaque for the "cursed soldiers" should be added to Warsaw's Tomb of the Unknown Soldier, a monument to killed defenders of Poland.

The leader of Poland's ruling party Law and Justice, Jaroslaw Kaczynski, has also announced plans to build a museum in Warsaw commemorating the post-war resistance fighters.

Szendzielarz was arrested by communist authorities in 1948 and died in prison in 1951, aged 41. Lupaszka was buried in an anonymous mass grave, but his remains were rediscovered in 2013.

The decision to give a state funeral to Szendzielarz, who was also posthumously awarded the rank of colonel, was criticized by Poland's daily Gazeta Wyborcza and opposition parties, lrytas.lt reports.