BNS
aA
Poland does not support outgoing Lithuanian President Dalia Grybauskaite as a candidate for the position of president of the European Council, Poland's Rzeczpospolita daily claims. 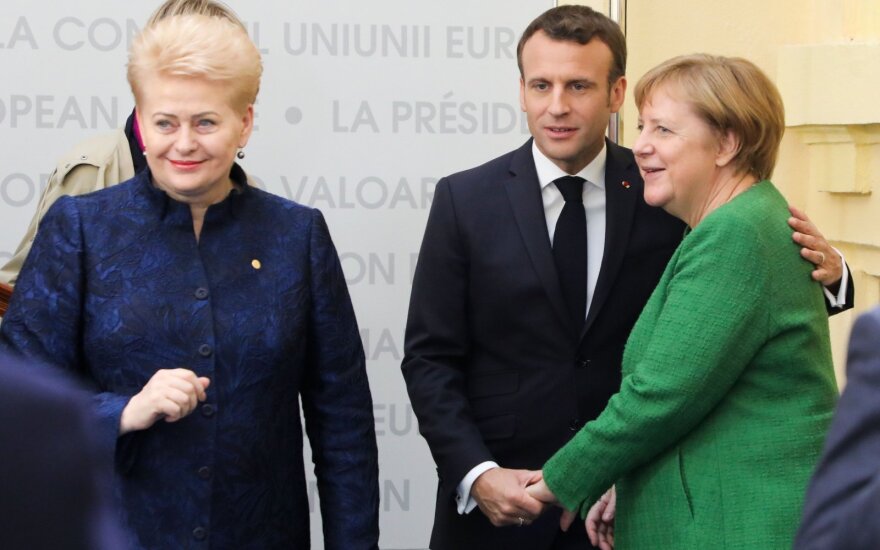 It states that the so-called Visegrad Group of Poland, Hungary, the Czech Republic and Slovakia, allegedly told incumbent European Council President Donald Tusk they do not back Grybauskaite.

"Nobody proposes her. Meanwhile, the Visegrad Group (Poland, Hungary, the Czech Republic and Slovakia) whose opinion Tusk has probed, is against," one Western diplomatic source unofficially told the Polish daily.

Another unnamed official said Grybauskaite is an individualist who is not inspiring enthusiasm among her colleagues but they might be ready to accept her as a regional candidate.

Related articles
Grybauskaite as next president of European Council: strengths and weaknesses
Outgoing leader offers her team's help to president-elect

The Visegrad Group is officially nominating Maros Sefcovic, a Slovak socialist and incumbent EC vice president for the energy union, as its candidate for the position.

EU leaders will hold negotiations on top positions on June 20-21. Several diplomats told BNS Lithuania that final decisions might be postponed to July.

"First, I have not heard about this. Second, I think it's not true," he told journalists in Vilnius on Wednesday.

The ongoing difficult division of EU posts reflects the growing influence of European parties, and the...

Sources: Grybauskaite was among candidates for EC president (3)

Lithuanian President Dalia Grybauskaite was considered among candidates for president of the...