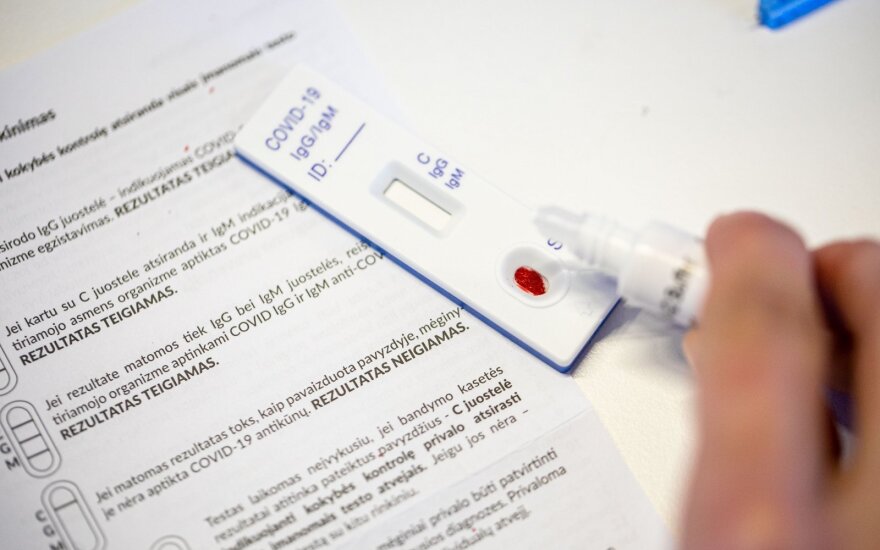 "Jonas Kairys was questioned at the Financial Crime Investigation Service on September 1. He was granted the status of a special witness as part of the investigation into the procurement of rapid COVID-19 tests," Modesta Zdanauskaite, spokeswoman for the FCIS, confirmed it to BNS on Wednesday.

On Tuesday, the Prosecutor General's Office and the FCIS confirmed it to the lrt.lt new website that the government's Vice Chancellor Lukas Savickas, a former adviser to the prime minister, had also been granted the status of a special witness. He was questioned on September 4.

A person can be questioned as a special witness when there's evidence of suspected illegal activity that might have been committed by that specific persons but there's not enough evidence to name that person a suspect.

Savickas, however, told the delfi.lt news website that the government only had a coordination role and that the decision was made by Health Minister Aurelijus Veryga.

All in all, six people have been named suspects in this FICS investigation and they include representatives of Profarma, the company that supplied the tests, the then Health Vice Minister Lina Jaruseviciene, as well as Redas Laukys, a Vilnius councilor and head of a company Bona Diagnosis.

Based on the investigation, the company is suspected to have forged documents and provided false information on the producer of the rapid tests to when entering the contract on the procurement of rapid COVID-19 tests, valued at 6 million euros.

The procurement was done by the National Public Health Surveillance Laboratory. Its leadership has already been questioned by law enforcement. Vytautas Zimnviskas, the then head of the laboratory, died in the middle of July.

The Special Investigation Service is also carrying out a separate investigation into the purchase of reagents used for COVID-19 tests for more than 5 million euros, also carried pout by the same laboratory

Sarunas Narbutas, the president of the Lithuanian Cancer Patient Coalition (POLA), is suspected of...