BNS
aA
Lithuania's Prime Minister Saulius Skvernelis on Wednesday urged the parliament to go back to the issue of same-sex partnership. 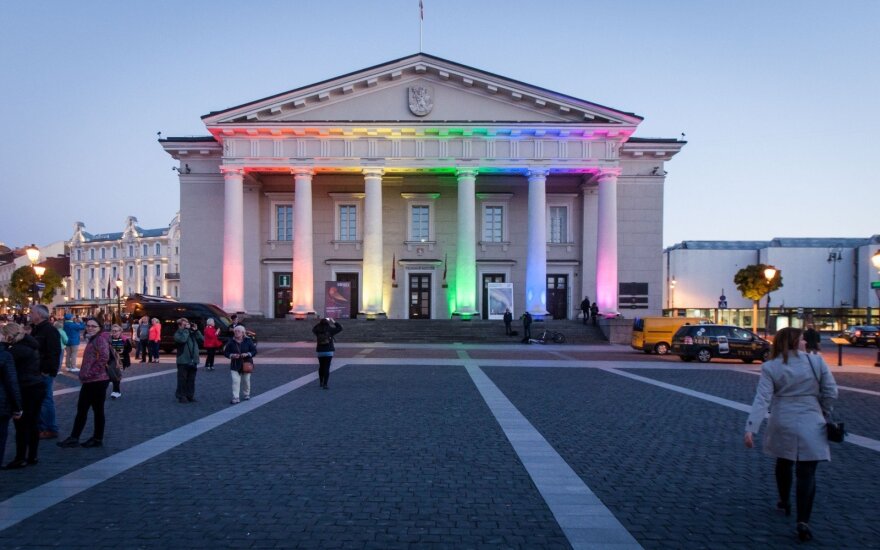 In his words, relationship between people living together needs to be regulated, so that they could formalize their property relations and receive information about their partner without entering into marriage.

"I truly see a possibility to go back to the matter, bills have been registered to allow proper regulation of legal relations between persons living together, speaking about protection of their personal data, property relations," Skvernelis told journalists after the government's solemn meeting in Kaunas for the 100-year anniversary of the country's statehood.

He spoke at the same time when a picket for LGBT rights was held in Vilnius.

Liberal politicians in Lithuania have repeatedly proposed legalization of civil partnership of same - sex couples, however, the initiatives never reached the adoption stage at the parliament.

A few public and political organizations responded to the matter, holding a mock wedding ceremony outside the government building on Wednesday, allegedly "marrying" nine couples. Dubbed the "the wedding of the century" on social networks, the demonstration will take place two days before Feb. 16, when the modern state of Lithuania celebrates its centennial anniversary.

Those in favor of regulating by law same - sex relationship say that homosexual couples in Lithuania are now discriminated against, because such people have no right to inheritance or automatic access to information about their partner's health in an emergency, and they cannot represent each other in court proceedings.

Critics of legalization of same - sex marriage and partnership say that homosexual couples are not traditional families and that putting in place regulation of their relationship would be a step toward allowing sexual minorities to adopt children.

A survey found in October 2016 that 11 percent of Lithuanians would support same - sex partnership and 9 percent would favor the idea of legalizing homosexual marriage.

Couples, including gays and lesbians, will be "married" by a humanoid robot in a mock ceremony planned...

Partners were deleted from the definition of family members at the Lithuanian parliament following...

An attempt to recognize in law civil partnerships for both unmarried opposite-sex couples and same-sex...