BNS
aA
Prime Minister Saulius Skvernelis says there was a lack of democracy in the Homeland Union – Lithuanian Christian Democrats' primary election, adding that Ingrida Šimonytė was effectively "appointed" as the conservative party's presidential candidate by its top leaders. 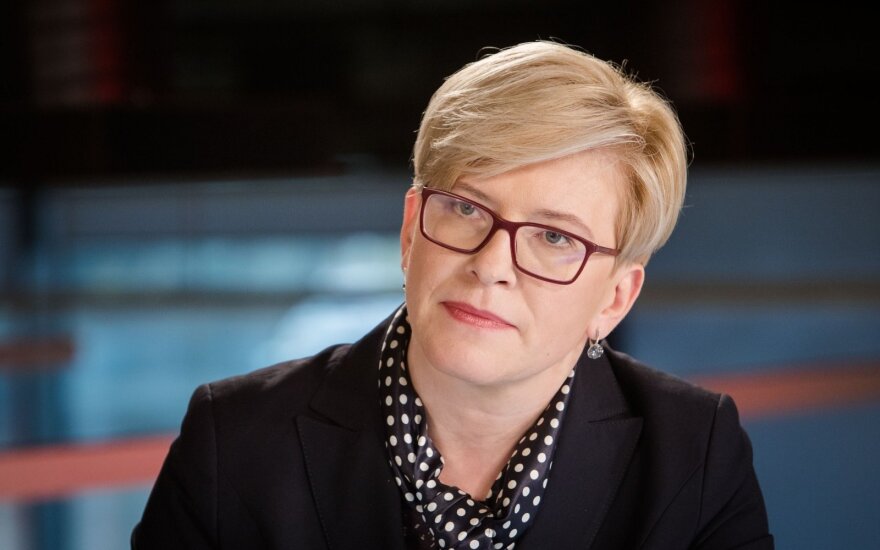 "The 'festival of democracy' was somewhat strange, to put it mildly, given that the party's crème de la crème decided and actively supported one candidate," Skvernelis told reporters on Monday. "The second candidate probably didn't even have a theoretical chance to win."

"We congratulate the conservatives on appointing their candidate," he added.

The prime minister, who was appointed to the job by the ruling Lithuanian Farmers and Greens Union (LVŽS), said Šimonytė should be judged by voters based on her work as finance minister in Andrius Kubilius' government.

Related articles
Lithuania's TS-LKD picks Šimonytė as presidential candidate
A headache for Karbauskis: is it worth betting on Skvernelis?

Skvernelis would not say if he intends to run for president next May. The LVŽS plans to name its presidential candidate next year.

Ramūnas Karbauskis, the LVŽS leader, described the conservatives' primaries a "failed experiment" because of the low turnout.

"First of all, we have to congratulate them on the experiment, which was a complete failure. Only 55 percent of party members, or around 20,000 voters in total, turned out," Karbauskis told the Delfi.lt news website.

"Given the cost of organizing the election, what is clear is that this proved unjustified," the LVŽS chairman said.

"The result is zero. The party decided that this is their candidate. That's fine, but why spend so much money?", he added.

A headache for Karbauskis: is it worth betting on Skvernelis?