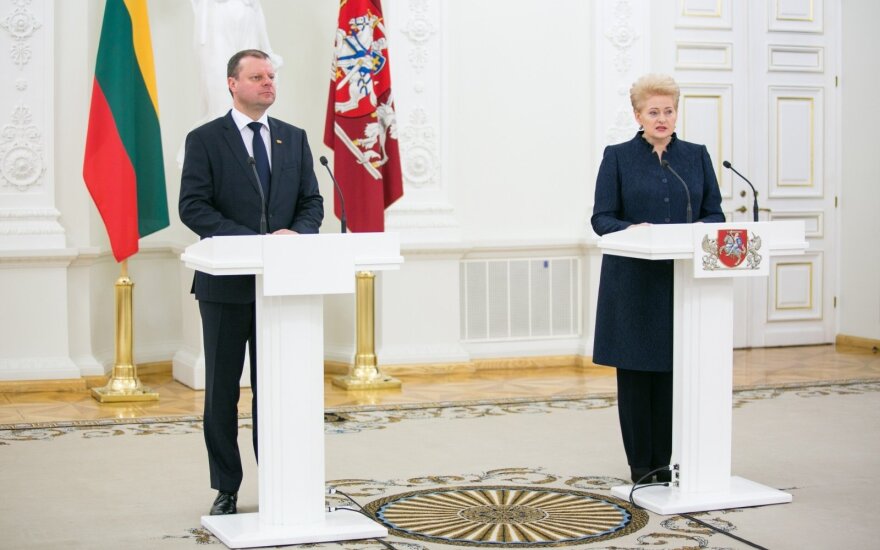 "Setting up yet another inquiry commission and getting practically all branches of government involved into such a spiral isn't very beneficial to the state," Skvernelis said on the Žinių Radijas radio station on Thursday morning.

"But that's my opinion at the moment. We'll see what happens later, what new circumstances emerge, and members of the Seimas and committees may make a different decision," he added.

Some members of the ruling Lithuanian Farmers and Greens Union (LVŽS) have said that a parliamentary investigation might be launched.

The daily Lietuvos Rytas has published what it says are extracts of emails between Grybauskaitė and Masiulis.

Based on the published extracts, the president and the then Liberal leader discussed candidates for prosecutor general. Grybauskaitė allegedly wrote that LNK TV channel's journalist Tomas Dapkus "speaks nonsense" about Evaldas Pašilis and suggested "giving regards" to Darius Mockus, president of MG Baltic that owns the TV channel, telling him "to take his hound away".

Grybauskaitė has said in a recent interview with LRT TV that she had "reasonable suspicions" at that time "that one interest group was intervening in the appointment of prosecutor general with the hands of a journalist".

She added that she might have sent such a message to say that "I know who is doing what".