BNS EN
aA
Lithuania's Prime Minister Algirdas Butkevičius says that a "putsch" was plotted against him while he was away on holiday in January. 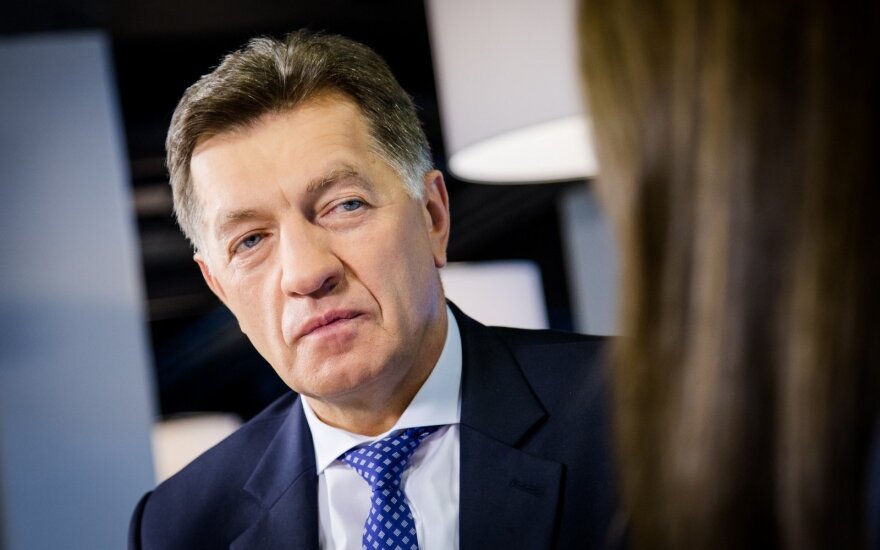 "When I was on holiday at the end of January, I realize a 'putsch-type' coup was plotted against me. This is because certain employees of the Special Investigation Service sent me summons during my holiday to arrive to their headquarters for an interrogation as a witness, however, it was pictured as if the witness was almost a criminal. It later turned out to be a bubble, the was dropped, and the coverage was very sore. Currently, the Prosecutor General's Office has listed me as a victim, however, nobody is talking about this in public. I hope everything will end well, although the investigation is taking a very very long time," the prime minister told Lietuvos Ryto TV when asked to comment on the relationship between him and the President's Office.

Butkevičius said he could not yet reveal the people behind the putsch, as the investigation was still in progress.

After returning from his winter holidays, the prime minister was questioned as a witness in the investigation of the possible influence in the governmental resolution on resort buffer zones. The changes to the governmental resolution could have benefited the judicial proceedings in connection to the de luxe house under construction in central Druskininkai, a resort in southern Lithuania.

Prosecutors had opened a probe into the possible influence to the governmental resolution, however, the investigation was dropped amid lack of evidence of a crime.

The decision to drop the investigation, which was leaked to the media, features transcripts of conversations between Druskininkai Mayor Ričardas Malinauskas and members of the government and its office. Prosecutors opened a separate investigation into the legitimacy of the publishing of the transcripts, and Butkevičius has been listed as victim in the probe.

Lithuanian ministry doubts if direct rule in Druskininkai would be proportionate

The Lithuanian Interior Ministry says that there is a legal basis for introducing direct rule by the...