BNS EN
aA
Social Democratic Prime Minister Algirdas Butkevičius says that his party will not hinder the Lithuanian Peasant and Green Union (LPGU), which scored a resounding victory in the recent parliamentary elections, in their efforts to form a new ruling coalition. 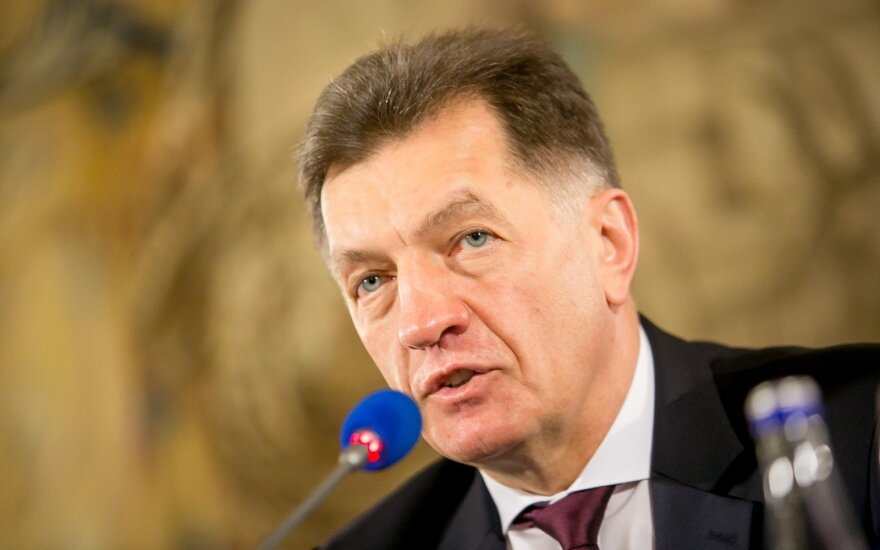 "I see what is happening in the talks with the conservatives. The political field is changing very much. Our party will behave responsibly as we understand that the Peasant and Green Union received the most votes and we respect the public's choice," the Social Democratic leader said on Žinių Radijas on Thursday morning.

"We will not deliberately place obstacles and say that the party (LPGU) is not able to form a coalition," he said.

What the Social Democrats want to hear from the Peasants and Greens first of all is what legislative steps the winning party is planning to take in the near future, Butkevičius said.

Related articles
Peasants & Greens decide on Skvernelis as candidate for next PM
Liberals frustrated with Conservatives – thanks, but no thanks

"We will never be enemies to people who want certain changes. We will behave in a very pragmatic, responsible and solid manner," he said.

The Social Democratic Party's presidium is to discuss on Friday whether the party will take part in coalition-building talks, if invited, or will be an opposition party.

Butkevičius reiterated that he would prefer to be in the opposition.

The LPGU on Tuesday held preliminary consultations with the Social Democrats and the conservative the Homeland Union–Lithuanian Christian Democrats over forming a coalition government.

The Peasants and Greens won 56 seats in the 141-member Seimas. The Homeland Union came in second with 31 seats and the Social Democratic Party finished third with 17 seats.

President Dalia Grybauskaitė met on Monday with the leaders of the LPGU and the Homeland Union. She expressed her hope that the Peasants and Greens would form a transparent and responsible ruling coalition.

President vows to put no pressure on Peasants over coalition partners

President Dalia Grybauskaitė says that she will not put any pressure on the Lithuanian Peasant and...