BNS
aA
Safeguards need to be put in place to ensure that media organizations are not used by other businesses as a cover to access registry data for purposes other than journalistic ones, Lithuanian Prime Minister Saulius Skvernelis said on Friday. 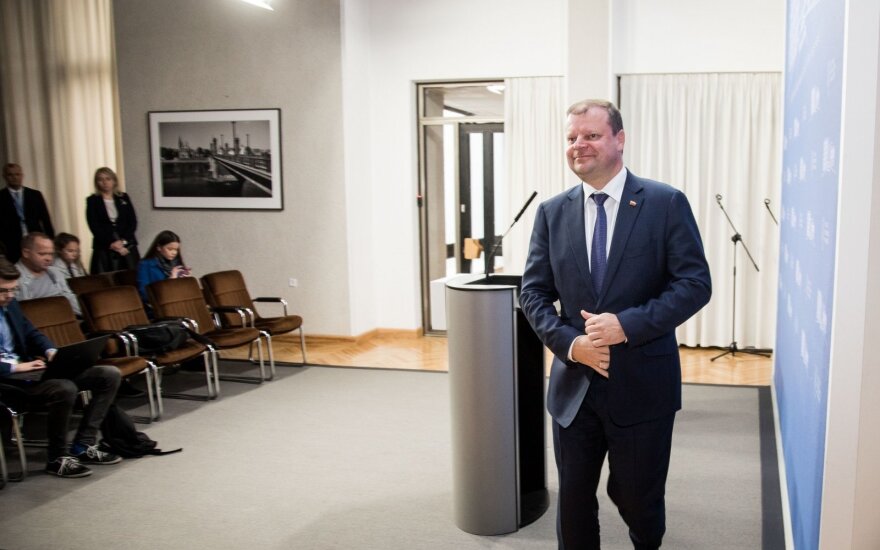 "Certain safeguards are very important to ensure that information that you need for your journalistic work is used only by you and that a journalist is not used as a cover to gather information that will be then used for other purposes," Skvernelis told reporters.

"I'm speaking about business groups that own media organizations, among other businesses. Such concerns were voiced," he added.

The prime minister did not mention any specific group or media organization.

According to him, the Cabinet postponed its decisions on Wednesday because the Transport and Communications Ministry's proposal to instruct the Center of Registers to give journalists free access to its data was unlawful.

Skvernelis said "a legal way" of solving this issue had been found in recent days, adding that decisions would be made next Wednesday.

Saulius Urbanavicius, the new CEO of the Center of Registers, ended in mid-September the center's long-time practice of providing registry data free of charge based on journalists' inquiries.

The center said this practice had no legal basis in Lithuanian legislation.

Lithuanian journalists and opposition politicians have slammed the move as restricting the freedom of the press.

Tens of journalists called on the authorities in an open letter on Thursday to lift the restrictions on access to data from the Center of Registers.

PM promises to give media free access to registry data

The Lithuanian government will next week adopt decisions to give media free access to registry data,...