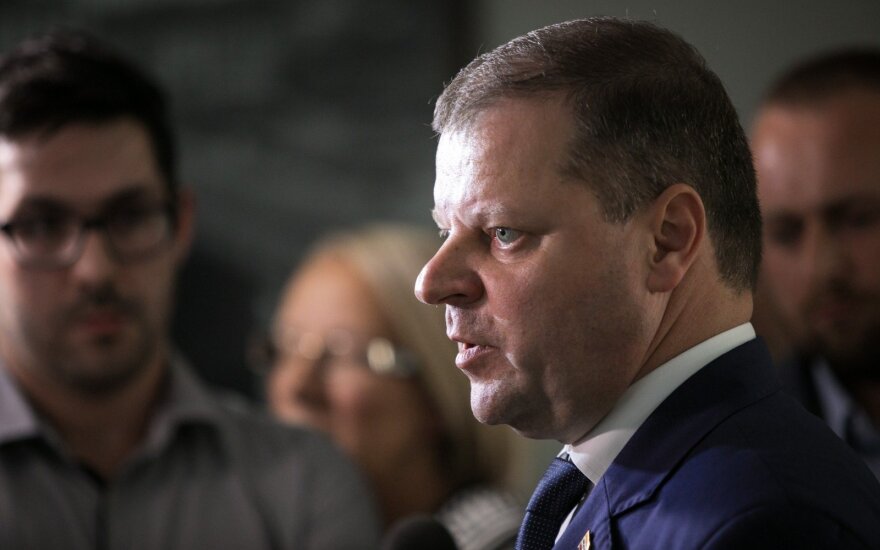 "What is publicly reported doesn't convince me that such measures were necessary, including keeping the mother in custody and applying such preventive measures. In the absence of obvious signs of violence, the reaction was strange, to put it mildly," Skvernelis told BNS on Wednesday.

"The services must enforce the laws, but apart from blindly applying the legislation, there must be objective criteria. I didn't see this. The children have been separated from their parents for more than a month. It looks strange that no assistance was offered to the family, to the father. I believe they overdid things," he added.

Skvernelis said details such as the mother being wrongly accused of being drunk, did not lend confidence in the service's actions.

The prime minister spoke shortly after the State Child Rights Protection and Adoption Service decided to return the two young children to their father.

"Now, the most important thing is to provide the necessary help to the father and to impartially solve the problem regarding the mother," he said.

The prime minister also underlined the need for strengthening the service and training its specialists.

Officials from the Lithuanian State Child Rights Protection and Adoption Service have decided to...

Some 200 people protested outside Seimas over children taken from parents

Around 200 people on Tuesday held a rally outside Lithuania's parliament over children taken from...

Gitanas Nausėda: light violence will not save Lithuanian families

Seeking to resolve a situation they caused themselves in regard to children’s rights protection,...

With Lithuania continuously shocked by cases of violence against children, there is no accurate...

With tensions spiking regarding children being taken from their families and ever new accusations...

Child rights service gets around 30,000 reports

Lithuania's State Child Rights Protection and Adoption Service has received some 28,600 reports on...