BNS EN
aA
The fence planned on the Lithuanian border with the Russian Kaliningrad region is first of all needed to ensure Lithuania's economic security, says Prime Minister Saulius Skvernelis. 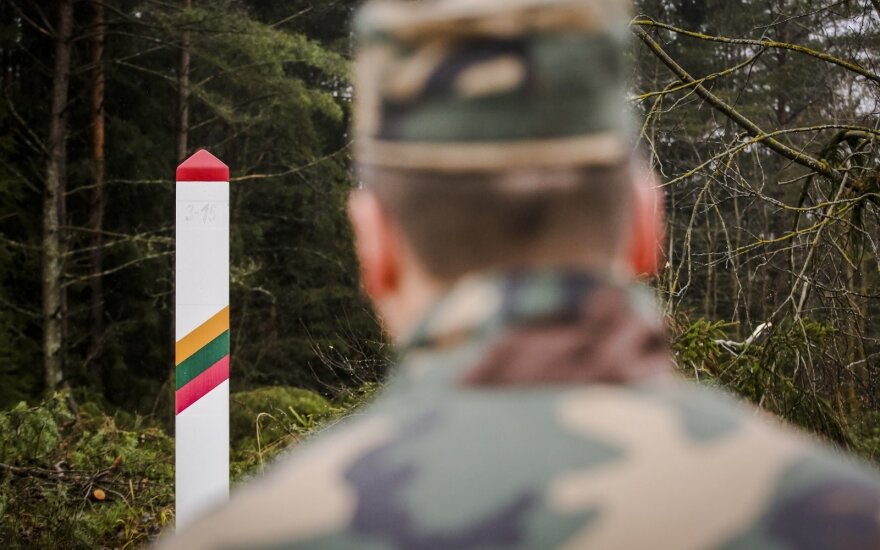 "There is a clear provision in our program – the aspiration to protect the border with Belarus and Kaliningrad with modern measures by 2020. This would first of all ensure our economic security, also solving issues when it comes to illegal migration," the prime minister told journalists at the government on Monday.

In his words, the measures are necessary to guarantee control of the European Union's (EU) eastern border.

"We must ensure credible control of our eastern border of the European Union, and the time frames planned earlier are far too distant," said Skvernelis.

The Lithuanian 2017 budget envisages 3.6 million euros for a fence on the border with Kaliningrad, Lietuvos Žinios daily said.

"The money should suffice for the fence, which will be complete with modern state border surveillance system, with money for it found next year," Interior Minister Eimutis Misiūnas said.

In his words, the fence will not be the Wall of China but rather a fortified fence that will keep smugglers and illegal migrants out of Lithuania. It will be built in the stretch of about 135 km from Vistytis, which is the intersection of state borders of three countries – Lithuania, Poland and Rusisa – to the River Nemunas that runs along the border all the way to the Baltic Sea.

Up until now, land border was only market by special signs and a 13-m wide control line including a trace section and a patrol path.

A tender should be called in mid-2017 where Lithuanian and Kaliningrad border regions would be...

Reasons for building fence on border with Russia include geopolitical ones

The reasons why Lithuania plans to build a fence on the border with Russia 's Kaliningrad exclave...

In response to remarks by a Lithuanian lawmaker, the Lithuanian Foreign Ministry said on Monday that...