PM must accept responsibility for corruption in his cabinet, president Grybauskaitė says

the Lithuania Tribune
aA
The prime minister has to take responsibility for corruption scandals that have rattled his cabinet in recent months, said Lithuanian President Dalia Grybauskaitė after meeting with PM Algirdas Butkevičius on Wednesday morning. 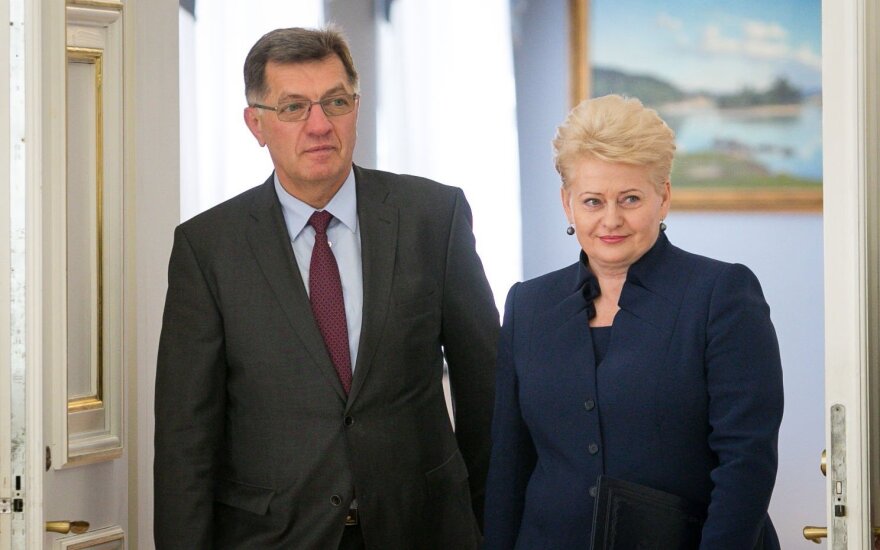 Butkevičius, who came back from holidays this week, met the president to discuss several members of the cabinet who have been suspected of corruption. Healthcare Minister Rimantė Šalaševičiūtė has handed in her resignation over suspicions she might have demanded bribes from hospitals, while Minister of Environment Kęstutis Trečiokas has been questioned as a special witness in an investigation related to illegal construction.

Grybauskaitė has added that whether the current government can last until the end of its term will depend on how responsibly it deals with the crisis. Butkevičius needs to distance himself and his government from ministers whose actions raise suspicion, but it does not necessarily mean stepping down, according to Grybauskaitė.

"Political responsibility is not necessarily resignation," she said.

Prime Minister Butkevičius has accepted the resignation of Healthcare Minister Šalaševičiūtė, but has said there is no reason for Environment Minister Trečiokas to step down.

"I am surprised by the tone [of the statements] that there is corruption in the government. I want to hear tangible facts. If there are facts, I am ready to sack these officials on that same day," Butkevičius said on Tuesday.

It is good practice that Lithuanian politicians who have done something wrong are forced out of their...