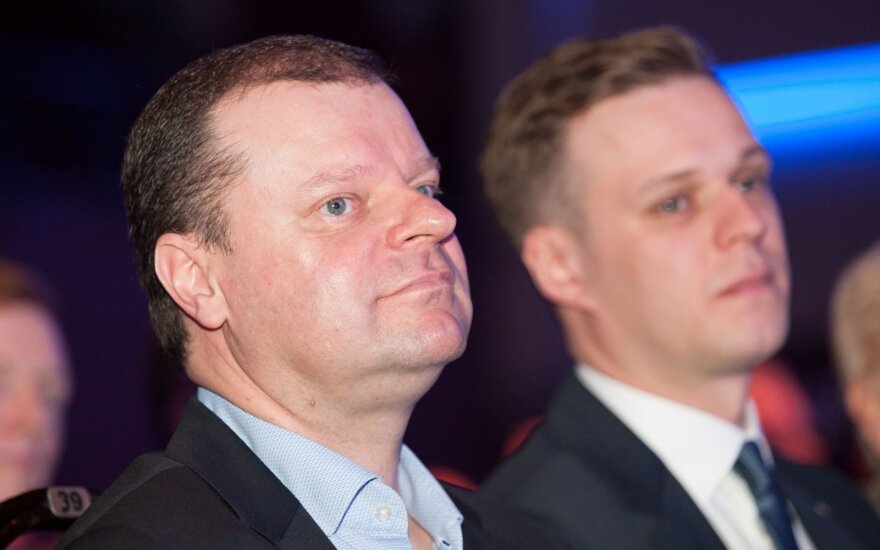 The meeting was not listed on his agenda.

Tomas Beržinskas, spokesman for the prime minister, told BNS it had been a working meeting to discuss the tasks for the upcoming spring session. Among those invited to the meeting were representatives of the conservatives, the Liberal Movement, the Order and Justice party and the Electoral Action of Poles in Lithuania – Union of Christian Families.

Related articles
What the real purpose of the meeting between Skvernelis and Landsbergis was?
Farmers loses popularity but remains most popular  (1)

Ramūnas Karbauskis, the leader of the Lithuanian Farmers and Green Union that delegated Skvernelis to the government, says that the opposition gets the attention to secure their support to decisions taken at the parliament, especially the decisions where the party's opinion differs from that held by its coalition partner, the Social Democrats.

"The practice for Saulius Skvernelis to attend the conservatives' congress of meet with leaders of political groups is a normal process. I know about them, he keeps me up to date (...). We need to go, we need to talk to them and be there, because we will very much need their help when we make the decisions on alcohol control and other things," Karbauskis, the elder of the LFGU group, told Žinių Radijas news radio on Tuesday.