BNS EN
aA
Lithuanian Prime Minister Saulius Skvernelis on Monday evening is leaving for Warsaw to meet with his Polish and Baltic counterparts. 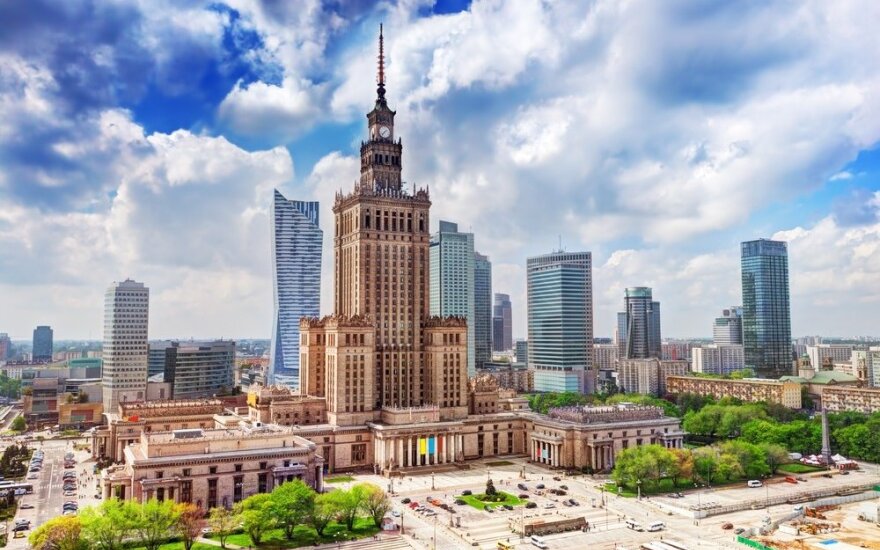 Skvernelis' schedule for Tuesday includes a bilateral meeting with Polish Prime Minister Beata Szydlo and a four-way meeting of the Lithuanian, Latvian, Estonian and Polish heads of government.

Skvernelis said earlier this month that Vilnius and Warsaw were gradually moving toward a new stage of better relations. He described Poland as a strategic military, energy security and economic partner of Lithuania, underlining that it was only Russia that benefited from disagreements between the two neighboring countries.

A major breakthrough in bilateral relations occurred last June when Lietuvos Geležinkeliai (Lithuanian Railways) and Orlen Lietuva, the Lithuanian unit of Poland's Orlen that owns the Mažeikiai crude refinery, signed a deal on oil product transport tariffs, ending a dispute over Poland's investments in Lithuania that had lasted for years.

Lithuania also seeks Poland's support for synchronizing its power grid with the Western European system and pressure on Belarus over the Astravyets nuclear power plant under construction some 50 kilometers from Vilnius.

Defense officials, for their part, consider the possibility of Lithuania's airspace being protected by Patriot anti-missile systems that are planned to be deployed to Poland.

However, bilateral relations between Vilnius and Warsaw are still marred by their disagreements over the situation of ethnic minorities. Polish officials' discussions about using images of Vilnius' Gate of Dawn in Polish passports have added to the tension recently.

Poland and Lithuania also differ significantly in their vision of the EU's future. Jaroslaw Kaczynski's ruling party strongly criticizes moves by officials in Germany and Brussels and refuses to accept refugees under the EU's resettlement program. Lithuania, meanwhile, underlines the importance of solidarity in the EU and has established close relations with Germany. Vilnius seeks to maintain a neutral stance in disputes between the European Commission and Poland.

Baltic, Polish PMs to meet in Warsaw next week

The prime ministers of the three Baltic countries and Poland are scheduled to meet in Warsaw next...