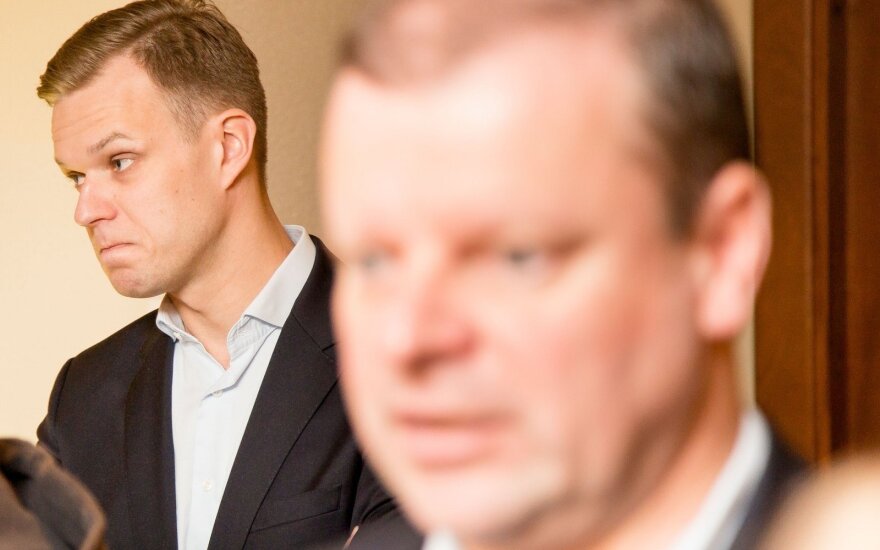 "The TS-LKD leadership's decision shows the presence of a pragmatic and constructive opposition. We are speaking about mature reforms that need to be done," he said on LRT Radio on Tuesday morning.

Landsbergis said on Monday that the conservatives were ready to back education reforms and plans to revamp state-owned companies, including forestry enterprises, if these reforms were not back by the Social Democrats, the minor partner in the ruling coalition, and some members of the ruling Lithuanian Farmers and Greens Union (LFGU).

"I want changes. If (Social Democratic leader Algirdas) Butkevičius or (LFGU chairman Ramūnas) Karbauskis are not ready for them because they lack understanding, then I'm not going to sit back and do nothing. I'm also inviting other parties to discuss what we could support together," he said.

The opposition Liberal Movement says that the conservatives' support to the government may prevent the parties from reaching a deal on the post of opposition leader in the Seimas.

"The man who wants to be the opposition leader promises to support all of Prime Minister Skvernelis' reforms and doesn't rule out the possibility of the conservatives becoming a ruling coalition partner. How can these things be reconciled?” the daily Lietuvos Žinios quoted Eugenijus Gentvilas, head of the Liberals' political group in the parliament, as saying.