PM elaborates on his Russia position: principled communication better than none

BNS
Prime Minister Saulius Skvernelis says that Lithuania needs to resume political contacts with Moscow because "straightforward and principled communication is better than no communication at all". 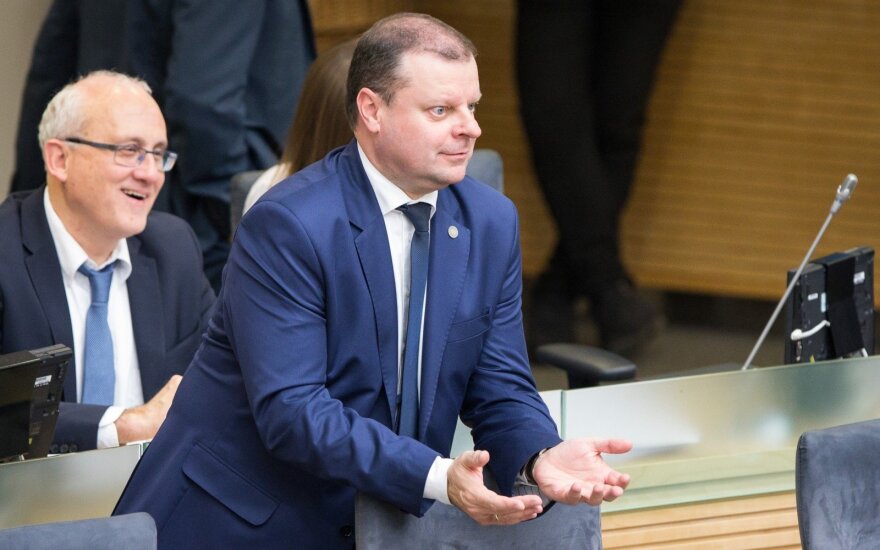 "Lithuania is the only EU member state that maintains no working contacts at the political level with Russia," he wrote on Facebook on Wednesday.

"Russia is a complicated neighbor. Effective policies, however, require communication channels. Basically, there are none now. We say that these (channels) have to be created. Bilateral dialogue must take place. We should not be afraid to tell the truth -- to tell the truth straight into the face. Our strength is in stating a clear position in a confidential and open manner," the prime minister added.

"Straightforward and principled communication is better than no communication at all. This is a position that is even held by NATO, which is reinforcing its eastern flank, while at the same time maintaining communication channels with Russia," he wrote.

Related articles
What happened to Skvernelis?
Seimas speaker sees no chances for major changes in ties with Russia

The statement came a day after BNS reported on Skvernelis' controversial interview to a LNK television program.

"What Russia understands best is not a policy of silence, but concrete actions through which we strengthen our country's security and ensure the will of our citizens to defend themselves should such a need ever arise," the prime minister wrote on Facebook.

Skvernelis underlined that "Lithuania has never recognized and will not recognize the illegal occupation of Crimea" and that the Minsk agreements on a ceasefire in eastern Ukraine "are waiting to be implemented".

"We are not considering and not speaking about a review of the sanction policy on Russia," he said.

In the prime minister's words, Lithuania needs to state its principled positions "openly and with dignity" and "without humiliating the Russian state and its people".

"We are not Russophobes. Russians in Lithuania traditionally are a strong and largely well-integrated community that enjoys all the civil and economic rights and opportunities for cultural, religious and linguistic self-expression. We expect the same respect for our state, our history from the Russian side," he wrote.

"Ukraine's territorial integrity must be restored. Ukraine's success is our success, Ukraine's success can become an example for Russia, Lithuania supports and will continue to support, to the extent of its capabilities, this strategic partner of great importance for us," he wrote.

Since the annexation of Crimea in 2014, Lithuania has held no high-level meetings with Russian officials. Neighboring Latvia, Estonia and Poland maintain contacts with Russia at the level of ministers or deputy ministers.

President Dalia Grybauskaitė said on Wednesday that Lithuania would be ready to cooperate more closely when Russia changed its policy.

"Lithuania's position is consistent and principled: we seek equal and mutually respectful relations with all neighbors. When Russia changes its aggressive policy toward other countries, abandons the occupied territories, stops violating international law, does not interfere in elections in other states, then we will be ready to cooperate more closely," she said in a comment forwarded to BNS by her press office.

Lithuania's calls for Moscow's isolation were based on a position that returning to "business as usual" in relations with Russia would be regarded as making concession and would only encourage the Kremlin's aggressive policies. Those in support of dialog maintain that it is only through communication that potential major conflicts can be prevented.

Lithuania should this year make contacts with representatives of the Russian administration, says the...

The Kremlin can only have an effect on Lithuania's society, if it is shaken by internal problems, says...