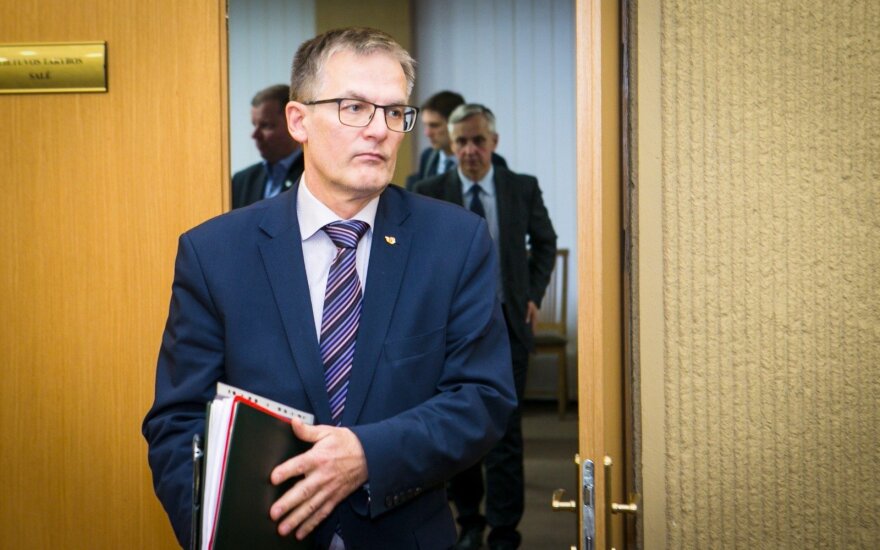 "This government is being formed based on slightly different principles. You may have noticed that. We want people from the new, younger generation who are not related to certain politicking," Skvernelis told reporters.

Ramūnas Karbauskis, chairman of the Lithuanian Peasant and Green Union, the party that triumphed in last month's general elections, earlier in the day also criticized the candidature of the 58-year-old Social Democrat.

Skvernelis said that the Social Democrats, the LPGU's junior coalition partner, had not yet formally nominated Sabatauskas for the post.

The prime minister-designate did not rule out forming his new Cabinet with one ministerial position temporarily unfilled.

Darius Petrošius, the Social Democrat's former candidate for justice minister, said in a statement on Monday that he was withdrawing his candidacy.

"In order to protect my family and prevent any further campaign of slander, I am withdrawing my candidacy for the post of justice minister," he said.

Povilas Urbšys, one of the LPGU negotiators in the coalition talks, has publicly questioned Petrošius' suitability for the post due to his family's alleged links with Arūnas Pukelis, a controversial businessman in Tauragė, a town in western Lithuania.

Petrošius has already turned to law-enforcement bodies over what he called "lies and slander" being spread about his family.

Following Petrošius' statement, the Social Democratic Party's board on Monday morning proposed Julius Sabatauskas, chairman of the parliament's Committee on Legal Affairs, for justice minister, but a final decision on the candidate is expected to be made by the party's presidium later in the day.