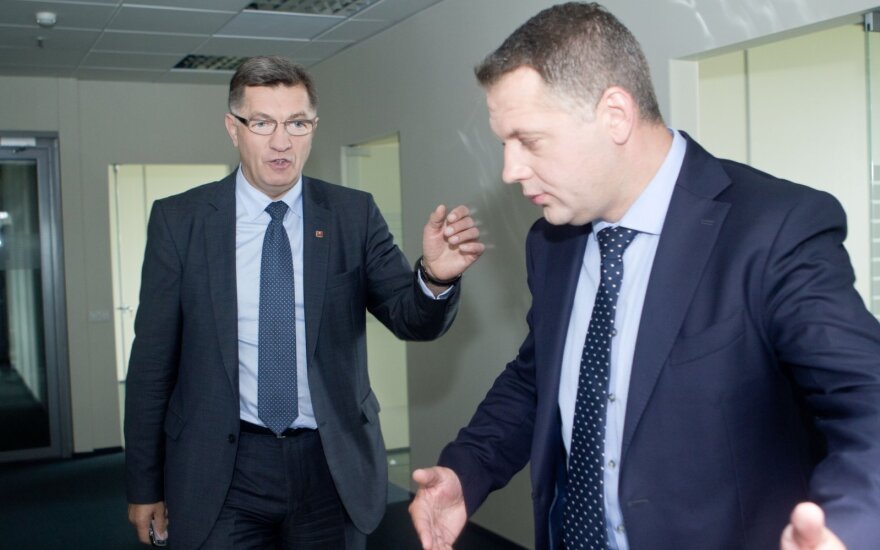 "I see this as a populist step, probably seeking for publicity. Some politicians are already losing the feeling of humanity or human values and do not understand that there are seafarers on those ships, and I think the Liberal Movement especially had to contribute to solving these problems. Mr Masiulis is from Klaipėda, as far as I know the city's residents actively support the Liberal Movement. I think it should have been the liberals' goal to comfort the families and assure them that problems would be solved, vessels freed and seamen would return to Klaipėda," the prime minister told the national radio on Tuesday.

Butkevičius said he was surprised by the actions of the heads of some state enterprises or budgetary institutions regarding solving LSC's problems. He said letters were received claiming that LSC should not be saved and bankruptcy should be declared instead, even though the Government's position was different and laws were not violated.

"Had we had to take other decisions, the Government would have allocated funds even from the budget in order to help the seamen - as it is the Government's duty to solve problems urgently so that an international scandal does not breakout," said Butkevičius and again added that Masiulis was engaged in populist rhetoric. He also said that the opposition does have a right to address prosecutors but some parties often forget that people should come first.

The prime minister said he constantly receives information about LSC's ships. On Wednesday a sitting will be held regarding LSC's problems. It will be attended by the heads of responsible institutions and the new head of LSC Sigitas Dobilinskas.

The prime minister said funds were not being wasted and payments were being carried out based on priority order. According to Butkevičius, negotiations over certain amounts are ongoing because some people are demanding for a debt which has nothing in common with the vessels in question.

The prime minister has revealed that he instructed to carry out not only financial but also management audit of the LSC. It will evaluate the actions of the company's supervisory and management boards, and responsible employees.

As reported the Liberal Movement intends to appeal against a EUR 3 million loan provided by SEB bank to LSC which is guaranteed by state enterprise Lithuanian Railways.