PM calls on new SocDem leader to 'return to reality'

BNS EN
aA
Prime Minister Saulius Skvernelis says that he does not plan to meet with Gintautas Paluckas in the near future and calls on the newly-elected leader of the Lithuanian Social Democratic Party (LSDP) "to return to reality". 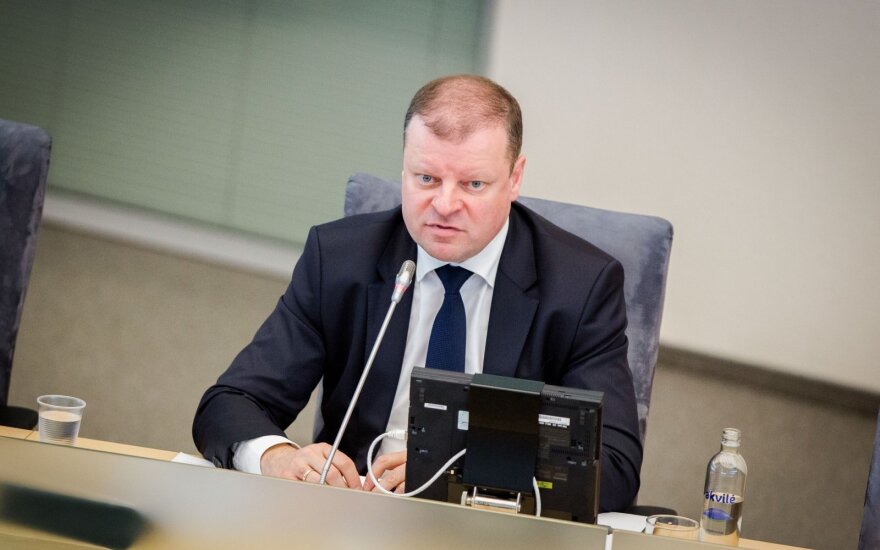 "The new chairman needs to realize what post he has won. I can understand the immense joy one feels when finally wining an elected position, but this is the Social Democratic Party's internal matter. Nothing happened nationally," Skvernelis said on LRT Radio on Tuesday

"It was not a parliamentary election, even though the elected chairman's rhetoric would suggest that a new Seimas election has taken place, that a new majority has formed and the Social Democrats have a majority of votes. Perhaps (Paluckas) should return to reality," he added.

Skvernelis thinks that Paluckas should change his rhetoric and avoid setting new conditions for the Lithuanian Farmers and Greens Union (LFGU), the bigger party in the government coalition.

"When (Paluckas) gets back to reality, then we will be able to talk," he added.

The prime minister told reporters several hours later that he could meet with Paluckas when he formally takes up the post of the LSDP chairman and the new leadership of the party is formed.

Paluckas said after his election as the LSDP chairman last weekend that he planned to meet with the LFGU leaders to discuss conditions for further cooperation. However, such a meeting did not take place.