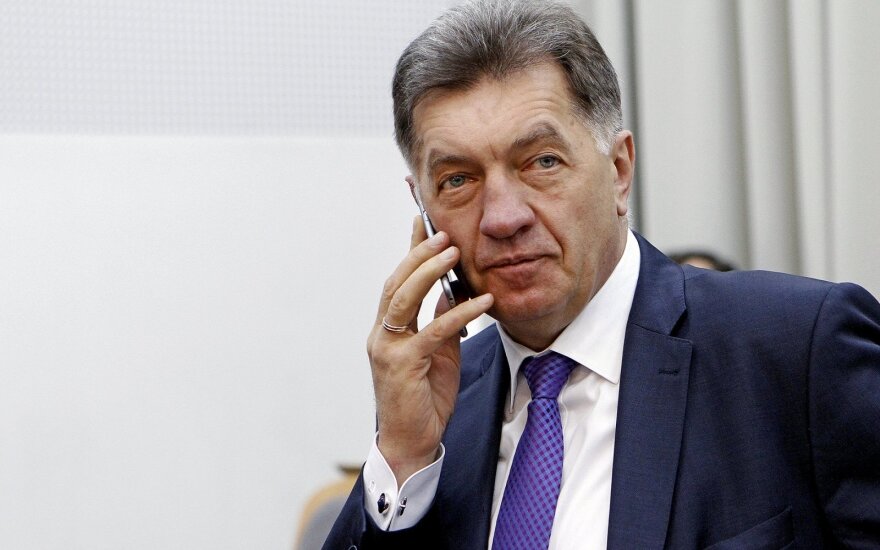 Another great achievement of the year, according to Butkevičius, has been Lithuania's advances towards energy independence. "Lithuania has become energy independent in 2015. When talking about the energy sector, not only the gas sector was diversified in 2015, but also electricity connections with Sweden and Poland were finished, which is historic, we had never had such interconnections," Butkevičius says.

The government has drafted extensive reforms to the Labour Code which, according to Butkevičius, will boost Lithuania's competitiveness. The bills are still making their way through parliament.

"The third very important factor, which will allow to boost Lithuania’s competitiveness and wages in the country, is the new social model and it is unfortunate that it was not adopted by the end of 2015,” said Butkevičius.

Speaking about foreign affairs, the prime minister highlighted Lithuanian exporters' move away from the Russian market and search for alternatives following the EU's sanctions on Moscow.

Commenting on key tasks for 2016, the prime minister said: "My main objective is to adopt the social model in March.