Elta EN
aA
Lithuanian Prime Minister Algirdas Butkevičius, who is on an official visit to Kazakhstan, met on Tuesday with Prime Minister of Kazakhstan Karim Massimov and other high-ranking officials. 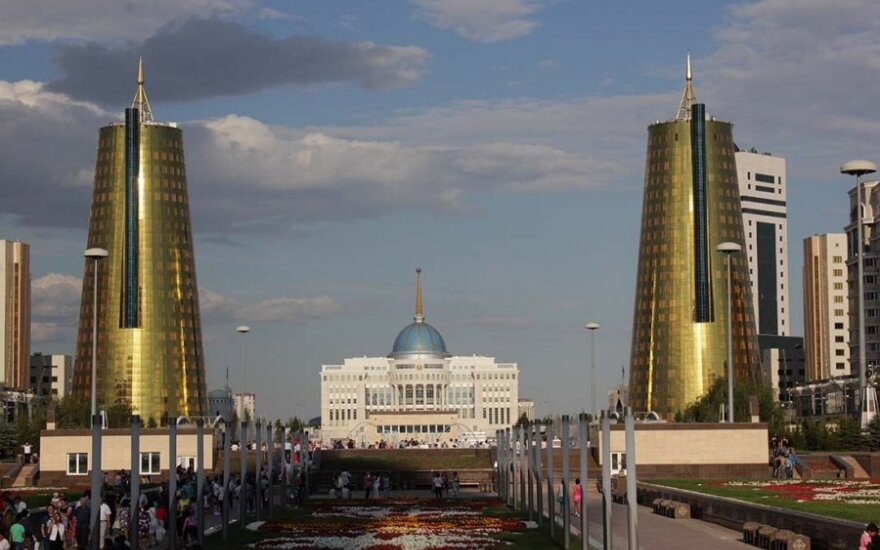 The Lithuanian prime minister said the visit would strengthen bilateral political and economic relations between the two countries and provide new opportunities for cooperation.

According to Butkevičius, in recent years Lithuania and Kazakhstan have found many common interests, especially in the areas of transport, trade relations and education. However this is just a small share of the available potential which must fully used. The prime minister emphasised that Kazakhstan is Lithuania's primary partner in Central Asia.

Furthermore, the importance of Kazakh-Lithuanian Intergovernmental Commission on Trade and Economic Cooperation was highlighted. It was noted that the commission was operating increasingly better and its role in bilateral economic cooperation has grown. Matters of education, transport, logistics and goods transit were discussed as well. It was emphasised that more active formal and business relations provide a positive stimulus for new initiatives in the area of transport and develop potential for bilateral trade volume growth.

The prime ministers agreed that the two countries share good political relations, and the visit will boost their economic relations and promote investment as well as create new opportunities for cooperation, the press service of the Lithuanian Government said.

"I hope that the visit of our governmental delegation will serve as an additional stimulus in important areas such as logistics, education, science, culture and tourism," said Lithuania's Butkevičius and expressed delight about the large number of business representatives in the delegation as well as the two business forums that will be held during the visit in Astana and Almaty.

Considerable attention was given to the issues of education, transport, logistics and freight transit. It was also noted that the growing official and business ties provide a positive stimulus for new initiatives in the field of transport, and contribute to the potential volumes of the bilateral trade.

In addition, Butkevičius said that transit of goods to Kazakhstan via Russia was a concern because many times Russian veterinary services withheld or returned transit cargoes back to Lithuania. The head of Government proposed to exert joint efforts and raise the issue on every level - the European Union (EU), the Customs Union and bilateral Kazakh-Russian channels. The Lithuanian prime minister spoke for strengthening ties between Kazakhstan and the EU. Butkevičius hoped that EU-Kazakhstan partnership and cooperation agreement would be signed and enter into effect soon.

Butkevičius greeted Kazakhstan on winning the right to host the international exhibition EXPO-2017 and noted Lithuania's readiness to participate in it. The Lithuanian prime minister invited the Kazakh counterpart to visit Lithuania at the time of his convenience.

Prime Minister Massimov thanked for the invitation and expressed delight about the tangible results brought by the bilateral cooperation, particularly in the fields of transport and logistics. Kazakhstan's head of Government noted the need to learn from Lithuania as regards the development of small and medium-sized businesses, therefore a visit of Kazakhstan business delegation to Lithuania has been in the plans.

The meeting was followed by a signature of the three Lithuanian-Kazakh intergovernmental agreements: on mutual protection of classified information, the cooperation in the fight against money laundering, and cooperation in the veterinary field.