BNS EN
aA
Lithuania's Prime Minister Algirdas Butkevičius, the leader of the ruling Social Democratic Party, says he expected a higher support from the electorate, admitting that the party had failed to meet the expectations of some voters in connection to fast changes. 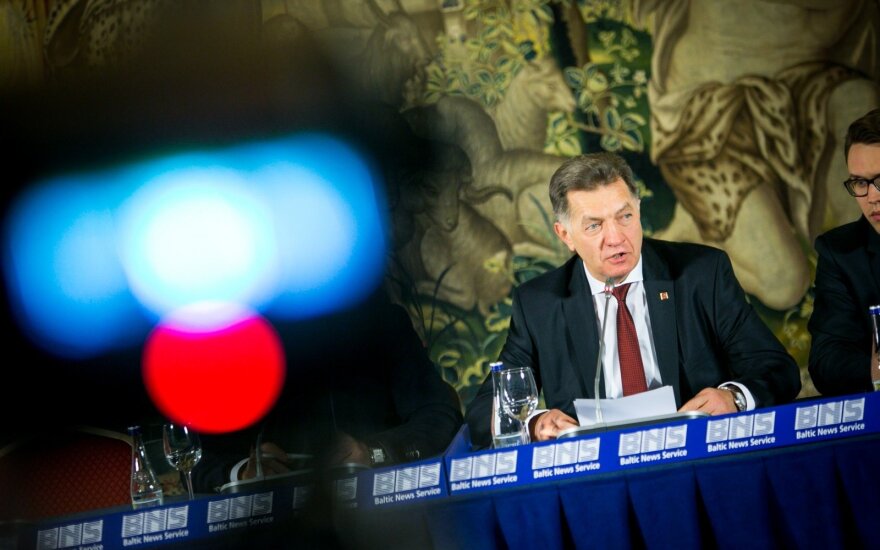 "As politicians, we must draw conclusions, revise and enhance our ranks. I make no secret and I have to emphasize that the Social Democrats expected more support, however, I can also understand those who did not vote for us. I must stress that people expected faster changes for the well-being after the downfall brought by the crisis," Butkevičius told a BNS news conference at the Palace of the Grand Duke of Lithuania on Monday.

Asked about his personal accountability and the person who could replace him at the helm of the party, Butkevičius said that the party's congress where the council would have to decide on a new leader would be held next year.

"There will be a discussion at the council and at the presidium. I have not yet envisaged (a replacement) – our party is not a kind where Mr. Landsbergis could appoint his grandson (…), we are a democratic party, we indeed have a few candidates and expect the chairman to be elected successfully. I do not want to give any names today," he added.

The Lithuanian Social Democratic Party said that 21 of its candidates qualified to the second round of voting in multi-member voting.

Butkevičius also does not think that the decline in the party's popularity could have been due to the recent adoption of the liberal amendments of the Labor Code. He said the changes were a "brave and historic step," also listing the work done by the Social Democratic-led government and accusing the media for alleged "spread of negative information," which allowed "political scandals to outshine all the positive things that were forgotten."

"Some say that the new Labour Code is a Social Democratic Party's shot in the foot. My reply is that a shot in one's foot is far better than a shot Lithuania in the head," said Butkevičius.

Asked about impact of the confrontation between him and the president, which was particularly sensed at the end of the term, the prime minister said that the media was filled with information "running counter to the reality and the truth."

"I think there was some impact but I think that it was not a major effect. About my personal rating – they are rather high. I believe time will show what was the truth and what was lies," he added.

In comment of his conditional failure at the Vilkaviškis single-member district where he celebrated landslide victories in the first round of elections for years, Butkevičius said the failure to win in the first round was due to lack of attention to the electorate and voters' protest against the ruling parties.

People of Lithuania voted for change, President Dalia Grybauskaitė said in comment of the outcome...

The results of the Lithuanian parliamentary elections in multi-member voting shows fiasco for the...

The Lithuanian Peasant and Green Union heads the first round of Lithuania's parliamentary elections...