BNS
aA
All of the projected reforms are being implemented and will be up for assessment in three years, after the work is complete, Lithuania's Prime Minister Saulius Skvernelis said in response to criticism from President Dalia Grybauskaitė. 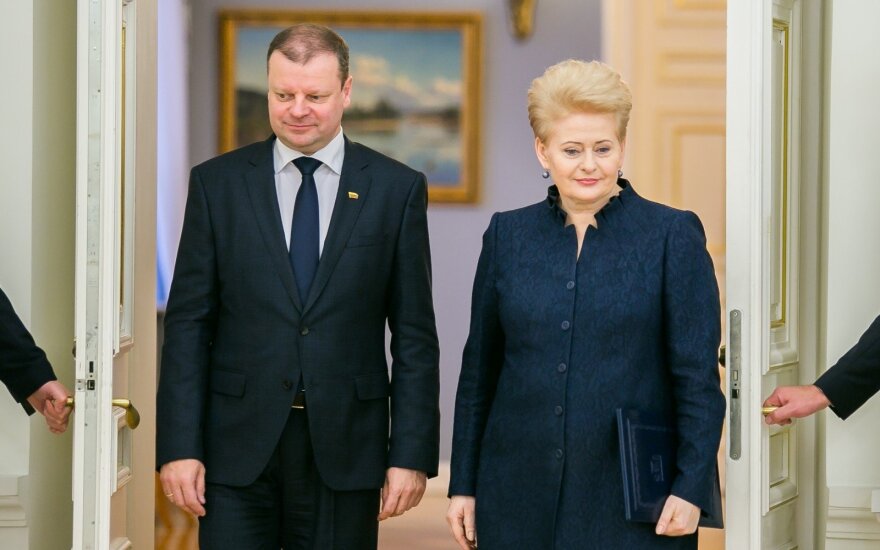 "We can have different views on how this should be done but saying that nothing is happening... It seems to me that there is a phrase to describe this: a person who does nothing is never wrong. And there is one person in our country who never makes a mistake," the head of the government told BNS on Tuesday.

He emphasized that all of the reforms that have been planned and stipulated in the government's program were being implemented, dismissing the accusations of destroying something that should have been left untouched.

"I'd like to hear what should have been left undestroyed. It seems to me that we are destroying something that had been stagnating badly. For instance, let's take higher education – shouldn't the university reform have been started earlier? Speaking about wages of researchers, why wasn't the financing increased consistently by 5 percent annually for six years after the crisis? We would have different numbers today. We also have this situation with secondary education – a terrible network of schools, unhappy students, student parents and teachers. And this had to be started too," said the prime minister.

In response to the criticism about the acting heads of state-run companies and institutions, Skvernelis said that every situation and related causes were different.

"If we did this according to the earlier practice – appointed by the party membership, there would be no problems. But is that a good thing for the state and companies?," he asked rhetorically.

In an interview to Lietuvos Žinios daily on Tuesday, Grybauskaitė stated that there were no targeted solutions over the first year in office of Lithuania's new government, with reforms replaced by insignificant decisions.

"People pinned hopes of major changes and a batter life with the new ruling majority, giving the coalition an immense credit of confidence. However, the first year in office of the Lithuanian Farmers and Greens Union is marked by uncertainty, fading expectations and scattered confidence. The time has come to keep the promises, however, the political agenda, which has been locked in vegetative phase for a long time, does not include any targeted solutions even a year later. Reforms are placed by insignificant decisions in connection to buildings, jobs, working hours and homework for school students," said the president.

In her words, "major management mistakes (are emerging) where institutional memory is destroyed without creating anything new."

"Many fields are headed by acting leaders, and the areas start to look like construction sites with visions and good intentions only, however, without a clear determination on what, why and how it will be constructed," Grybauskaitė said in an interview published on Tuesday.

Wednesday marks a year since the inauguration of the government of Skvernelis delegated by the Lithuanian Farmers and Greens Union.

Over the first year in office of Lithuania's new government, there were no targeted solutions, with...