BNS EN
aA
Persons who maintained close contacts with Lithuanian MP Mindaugas Bastys aimed to change the country's geopolitical course, Vytautas Bakas, chairman of the parliamentary National Security and Defence Committee, said in his presentation of the conclusions of the probe. 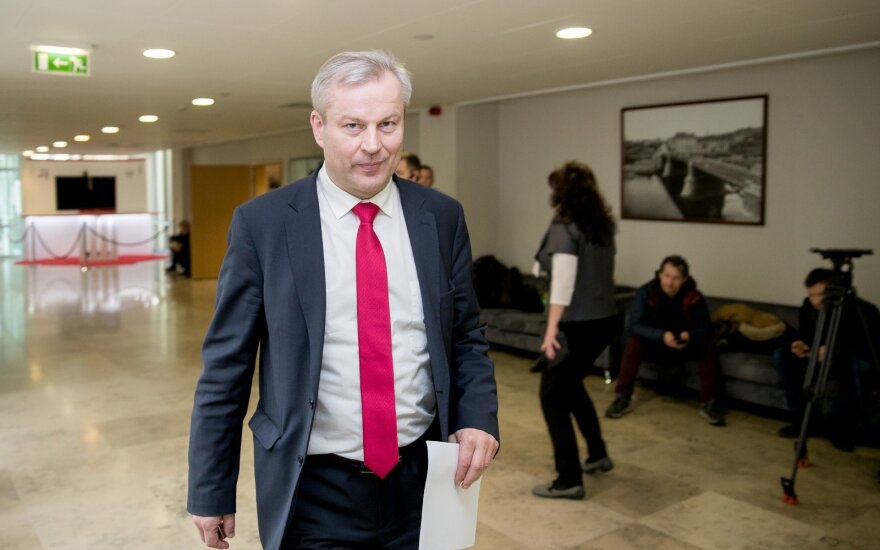 "The data collected in the framework of the parliamentary probe shows that the main objective of the individuals who were in close contact with mister Mindaugas Bastys was to change Lithuania's geopolitical course and act against our interests in the field of energy security," said Bakas.

Meanwhile, Bastys of the ruling Social Democratic Party said that the parliamentary committee's inquiry was impartial. In his words, everything was drowned by political engagement. Bastys dismissed the accusations as rumors, emphasizing he had neither operated against Lithuania, nor betrayed it.

Related articles
SocDems to vote against conclusion that MP Bastys acted against Lithuania's interests
Bastys: it is a pity that I do not remember a warning specifically

After conducting the probe of Bastys' ties with representatives of the Russian state nuclear energy corporation Rosatom, the parliamentary National Security and Defense Committee stated that the MP operated against state interests of Lithuania.

The panel underlined that Bastys ' "close ties to former and current officers of Russian intelligence and security agencies, journalists close to the Kremlin and former and current members of the underworld pose a threat to national security".

It also concluded that Bastys had acted as an intermediary for Rosatom and related companies and "sought to influence political processes and the top officials in Lithuania, who could change the geopolitical direction of Lithuania and cause damage to the Lithuanian state".

The parliament earlier this year initiated Bastys' impeachment, but a special commission set up for this purpose has suspended its investigation until the Committee on National Security and Defense finishes its probe. The committee has decided to forward the materials to the impeachment commission as soon as it resumes its operations.

A few weeks ago, the Seimas asked the committee to conduct a parliamentary probe into the lawmaker's ties to Yevgeny Kostin, who is seen as a representative of Rosatom, Piotr Voyeiko, a former KGB agent, Ernest Matskevich, a journalist of the Russian state channel RTR, Saturnas Dubininkas, who is said to be a former Kaunas mafia leader, and Vadim Pakhomov, a businessman suspected of illegal activity.

The Lithuanian Social Democratic Party (LSDP), the junior partner in the ruling coalition, will not...

Bastys: it is a pity that I do not remember a warning specifically

Viktoras Pranckietis , the speaker of the Seimas, says that he will ask the State Security...