BNS
aA
Romanian President Klaus Iohannis has criticized the European Commission's (EC) proposal to penalize countries that refuse to take in migrants. Sanctions do not help solve anything, Iohannis said on Wednesday in Vilnius. 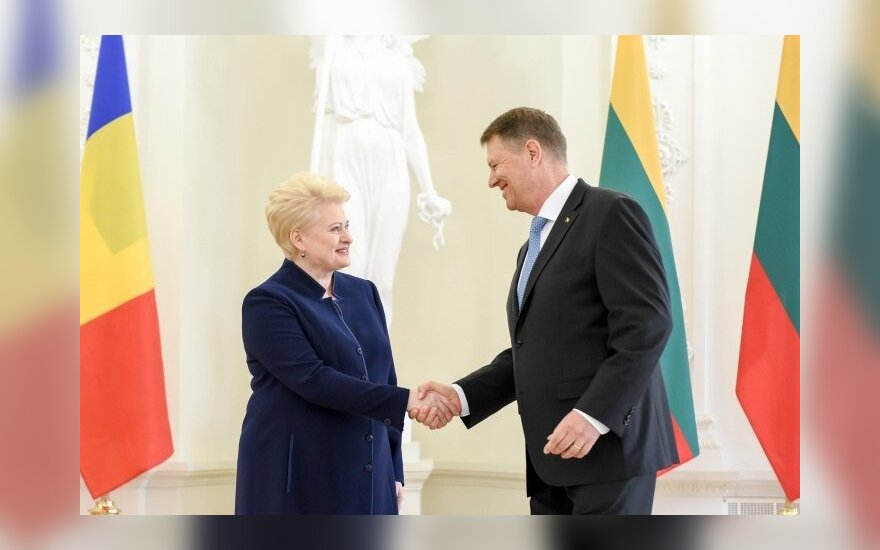 "Generally, I think that the correct way of solving a problem is coming up with pro-active solutions rather than focusing on sanctions, as sanctions don't solve anything," Iohannis said at a joint news conference with Lithuania's President Dalia Grybauskaitė.

Grybauskaitė seconded his opinion, saying that the European Union should first ensure protection of its external borders before deciding on relocation of refugees.

Still, she added, “no coercive schemes should be in play” when ensuring rights of EU citizens and immigrants.

"My opinion on this proposal is very negative – it does not consolidate anything or look for common solutions, but pits countries against one another even more," she added.

The European Commission has proposed a fine of €250,000 for every refugee that member-states refuse to accept. At the same time, the EU's executive arm suggested that refugees should be automatically distributed among member-states, if a country at the community's external border is flooded by migrants it cannot handle.

The EU has agreed to distribute 160,000 migrants among member-states. Under the deal, Lithuania has committed to receiving about 1,100 refugees within two years, while Romania is willing to take in about 4,200.

Abdul Basir Yoususi , an Afghan national who once worked as interpreter for Lithuanian troops in...

What is happening with Lithuania’s refugee relocation programme?

Lithuania has promised to accept more than 1,000 refugees over the next two years but has barely...

Europe must learn from its mistakes and integrate refugees according to the principles of the...

'Fear is the worst counsellor' - Vatican official on refugees

Refugees were the focus of Monday's meeting between Lithuania 's President Dalia Grybauskaitė and...