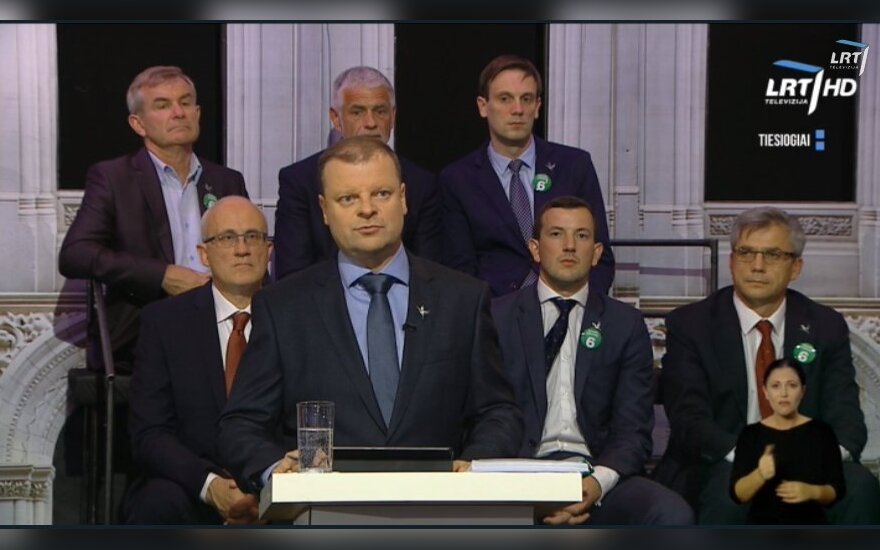 Saulius Skvernelis during the TV debates on economy
© LRT stopkadras

The Lithuanian Peasant and Greens Union’s electoral programme outlines plans for several ministries to be moved out of Vilnius. Farther along the line there are also plans to house all ministries in one building, albeit likely not in Vilnius either DELFI reported.

“Two ministries: the Ministry of Agriculture and the Ministry of Environment would be moved to Kaunas, something that has been arranged with the municipal government and will be done. The University of Agriculture is located in Kaunas and we are currently providing much funding for the transportation of specialists from Kaunas. The situation with the Ministry of Environment is similar, matters of forestry and etc. These two ministries should be in the centre of the country, this also relates to strengthening the regions.

It will not worsen working conditions, today’s communications technologies are such that ministers no longer sit in one office,” the Chairman of the “Peasants” Ramūnas Karbauskis said.

For plans further ahead in the future he expressed a belief that all other ministries should, after administrative reform, be placed in one building and it should be done outside of Vilnius so as to not burden the city.

When asked whether it will be necessary to travel across the country to meet ministers, party member Saulius Skvernelis stressed that such issues would be counteracted by communications technologies, while also pointing out that cabinet meetings would still occur in the cabinet building, thus negating the need for travel.

The Lithuanian Peasant and Green Union , or LŽVS, said on Wednesday that Saulius Skvernelis , a...

The Lithuanian Social Democrats remain the most popular party, but the newcomer Peasant and Greens...