BNS EN
Ramūnas Karbauskis, chairman of the Lithuanian Peasant and Green Union, sees Saulius Skvernelis, the leader of the party's election list, or Bronis Ropė, a member of the European Parliament, as the party's candidate to become the next prime minister. 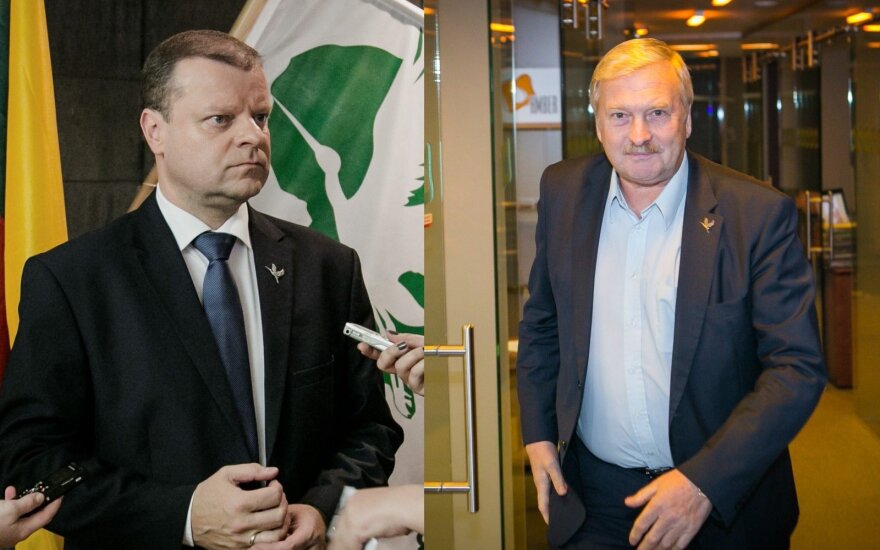 "There is Bronis Ropė, whom we have mentioned earlier," Karbauskis said on LRT television on Sunday night when asked if Skvernelis was their only candidate for prime minister.

In the chairman's words, the Peasant and Green Union would consider Ropė as their candidate for prime minister if the party received both the post of the head of government and that of the parliamentary speaker.

Rope said that Karbauskis had told him before the parliamentary elections that he might be a candidate for prime minister, but the MEP added that he was skeptical about that.

Related articles
Karbauskis: I am convinced president understands nation's will
Butkevičius to stay at helm of SocDems for now for stability reasons

"We spoke about that before the elections. He (Karbauskis) mentioned that, depending on the results of the elections, this could be an option," Ropė told reporters on Sunday night.

"I said that I was performing my duties in the European Parliament and that I was going to continue my work there," he said.

Ropė was elected to the European Parliament for a five-year term in 2014.