BNS EN
aA
The Lithuanian Peasant and Green Union (LPGU) continues to gain in popularity after October's parliamentary elections, in which the party scored a resounding victory, while support for the Social Democratic Party (LSDP) is on the decline, according to the latest opinion poll published by the Delfi news website on Thursday. 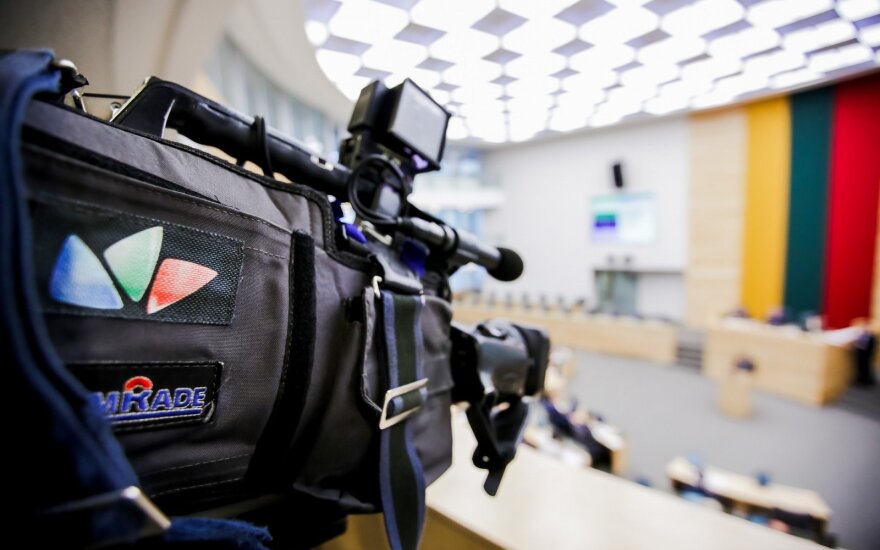 In the Seimas
© DELFI / Domantas Pipas

Some 26.8 percent of respondents said they would vote for the LPGU if general elections were held next Sunday, up from 12.8 percent who said so in September.

Some 12.2 percent would vote for the conservative Homeland Union–Lithuanian Christian Democrats, almost unchanged from 13.7 percent in September.

Support for the LDSP, which suffered a defeat in the elections but agreed to form a coalition government with the Peasants and Greens, dropped by more than 5 percentage points to 10.4 percent, from 15.6 percent.

The Liberal Movement jumped to 9.2 percent in the latest poll, from 5 percent, followed by the Order and Justice Party with 5.2 percent.

Other parties would fail to pass the five-percent threshold in the multi-member constituency, where parliamentarians are elected by proportional representation from party lists.

The Homeland Union received 21.7 percent of the vote in the multi-member constituency in the October ejections, giving it a narrow lead over the LPGU with 21.53 percent. The LSDP trailed in third place with 14.4 percent.

The LPGU emerged as the winner of the elections after the run-off voting.

In the opinion poll, respondents were also asked what politician or public figure would be the most suitable for the post of prime minister.

Some 30.3 percent of those polled named Prime Minister-designate Saulius Skvernelis, up from 13.4 percent in October. Gabrielius Landsbergis, the Homeland Union's leader, came in second with 10.8 percent, and outgoing Social Democratic Prime Minister Algirdas Butkevičius was third with 7.2 percent.

Spinter Tyrimai polled 1,015 people between Nov. 18 and 25. The results of the poll, commissioned by Delfi, have an error margin of 3.1 percent.

Lithuanian Prime Minister Algirdas Butkevičius says that what he regrets most is that his Cabinet...