Pavilionis – all is going to be fine with D. Trump

DELFI
aA
Former Lithuanian ambassador the United States, Conservative member of Seimas Žygimantas Pavilionis states he was expecting the republican candidate Donald Trump to win, even if the victory is yet to be official. Pavilionis notes that there is no real drama in this, a democratic process concluded, the only issue being that Lithuania failed to establish connections with D. Trump’s entourage. 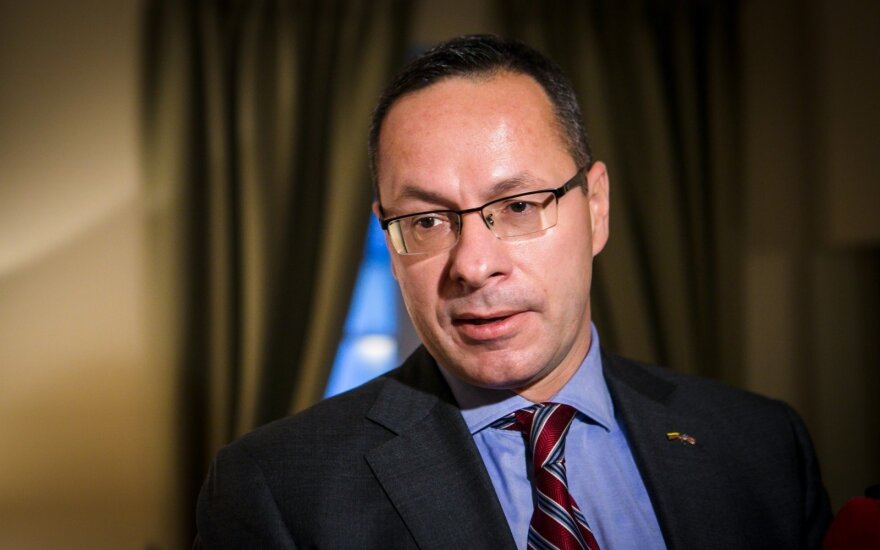 “There’s no drama here, it is simply democracy,” Ž. Pavilionis said during a visit at the US ambassador’s residence.

The former ambassador, now member of Seimas notes that we have to remember that even a large portion of the Lithuanian community in the United States supported the republicans and Donald Trump.

When asked what is a greater threat – D. Trump’s efforts to implement his foreign policy vision or US isolationism, Pavilionis mused that things aren’t as bad as they may appear at first glance.
“I think everything will be fine with D. Trump, considering that a few of the things he says are very important to us. He speaks in Ronald Reagan’s terms, about American leadership, which needs to be re-established in the world. “Make America great again” is a Reagan slogan. He talks of increasing the size of the military, which is diametrically opposed to V. Putin’s interests. V. Putin is doing everything to ensure the US is not in a leadership role and would withdraw from all possible locations. We have to be prepared for it, we had to be prepared for it,” spoke Pavilionis.

The former ambassador notes that the US elections are clearly related with a wave sweeping the world – societies are turning against the elite, angry regarding rising inequality, voting for politicians who seem to be closer to the general public.

“May say that this is a sort of crisis of democracy that the neoliberal democracy established after the Second World War is no longer able to bear the pressure. As a Christian Democrat, I will say that ethic and moral questions had withdrawn from the economy, money doesn’t necessarily work for the most vulnerable in society, the gap between the elites and non-elites is widening, with the elites closing in on themselves, money overtaking everything and creating images, which create elections, influence parties and people feel this. People are voting for those, who are in their opinion, closer to them. Massive changes are happening and those who are losing are clearly unable to see it,” said Ž. Pavilionis.

According to the former ambassador it is usual in the United States that after two terms of one party’s president, the candidate of the opposing party wins. “Only once in history, after two terms by R. Reagan, we had a victory by George Bush Sr. But these have to be historical events, historical personalities and especially popular politicians to warrant such a situation. It was not the case with Hillary Clinton,” said the diplomat turned politician.

Pavilionis spared no criticism for the incumbent coalition government and specifically Minister of Foreign Affairs Linas Linkevičius for not making sure that Lithuania would establish useful connections with D. Trump’s entourage.

The politician noted that Lithuania invests very little into its relations with the US, provides little funding and it is nigh on impossible to attract members of Seimas for visits to the United States. “I used various means, almost forcibly asking for members of Seimas to go to Washington; the Seimas management would usually not find funding for them, lacked will, while members of Seimas would ceremoniously travel to Iran, Africa and elsewhere,” said Pavilionis, noting that the politicians of normal states travel to Washington almost every month.

“We have to remember that a massive majority of our own community are in favour of D. Trump that is 700 thousand American citizens. Simply Lithuanians, as many others from Eastern Europe, support the republicans, this is a historical trend,” explained the former diplomat.

Ž. Pavilionis spared no criticism for Lithuania establishing diplomatic relations with communist Cuba. According to him, this does not help reinforce relations with millions of Cuban expats in the US, who hold important positions in the country. One of them, for example, is republican Marco Rubio.