BNS
aA
The Lithuanian Seimas on Tuesday lowered the parliamentary election threshold to 3 percent for political parties and 5 percent for coalitions. 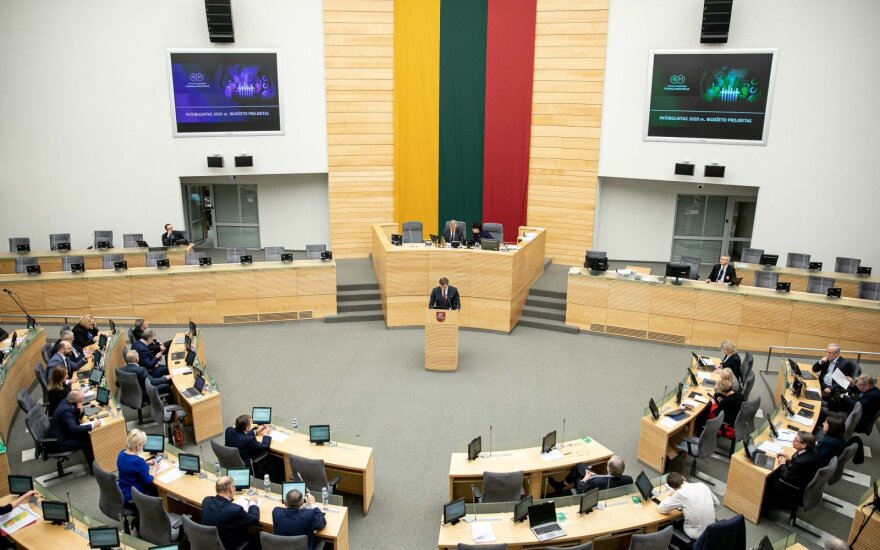 The minimum number of 71 lawmakers, necessary for the adoption of the bill, had registered to vote, and 60 MPs voted in favor, one was against and eight lawmakers abstained.

The opposition conservative Homeland Union – Lithuanian Christian Democrats, the liberals and the social democrats did not vote. Previous attempts by ruling parties to adopt the amendments failed due to a lack of a quorum ensured by the opposition.

During the final bill adoption stage, the Seimas of Lithuania gave its backing to the proposal by LFGU leader Ramunas Karbauskis and Naglis Puteikis, leader of the Center Party, to reduce the existing election thresholds to 3 percent for political parties and to 5 percent for party coalitions.

The initial bill version stipulated the lowering of the election threshold for political parties in the multi-member constituency to 4 percent and to 6 percent for coalitions. This version was also backed by the presidential office.

The amendment was initiated by liberal MP Simonas Gentvilas motivating his decision with the wish to harmonize the regulation for Seimas and local elections. Now in Lithuania, there are 4 and 6 percent thresholds for local elections.

The ruling parties in Lithuania have failed in their bid to have the existing election threshold for...

Order and Justice party sees the biggest drop in members

Political parties in Lithuania have 110,019 members and lost several hundred of them over the past...