BNS
aA
Following around 4 hours of discussions, the Seimas of Lithuania on Tuesday adopted the state budget for 2020 with 85 votes in favor, 48 against and three abstentions. 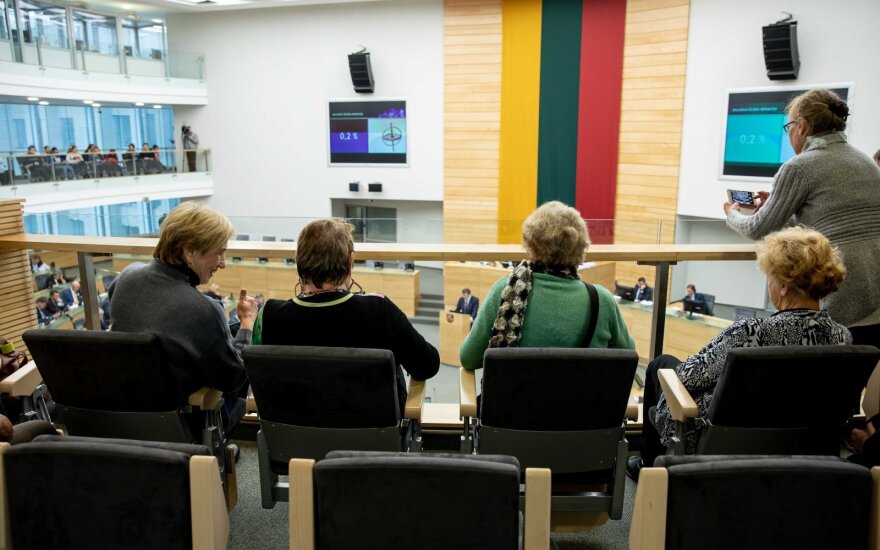 Meanwhile, MP Gintare Skaiste, a member of the parliamentary Committee on Budget and Finance, representing the opposition conservative Homeland Union – Lithuanian Christian Democrats, said the discussion were chaotic, and Ausrine Armonaite, a member of the non-attached groups, called the 2020 budget not the one of an ambitious and growing Lithuania but a "misery budget".

Tomas Tomilinas on the ruling Lithuanian Farmers and Greens Union said it's a normal social dialogue.

The new budget is set to receive around several dozen million euros in revenue from the car pollution tax and a higher corporate income tax from banks.

Child benefit payments will go up by 10 euros to 60 euros per child per month as of January, and will grow further to 70 euros in 2021. Those with the highest income (exceeding around 111,000 euros per year) will see their income tax rate go up to 32 percent, and the non-taxable income will rise by 50 euros, not 100 euros as was planned earlier, over the next two years.

Old-age and disability pensions will go up by 8.1 percent next year. The average old-age pensions will rise by 30 euros to 375 euros, and increase by 32.5 percent 397 euros for those having the compulsory work experience.

Lithuanian Finance Minister Vilius Sapoka expects that a compromise will be reached on the state 's...

The ruling Lithuanian Farmers and Greens Union is still pushing through with its proposal to...