BNS
aA
The chairman of the Lithuanian Seimas' Committee on National Security and Defense (NSGK) does not think that MP Irina Rozova's participation in an event of the Interparliamentary Assembly on Orthodoxy (IAO) in Georgia in June may have compromised national security. 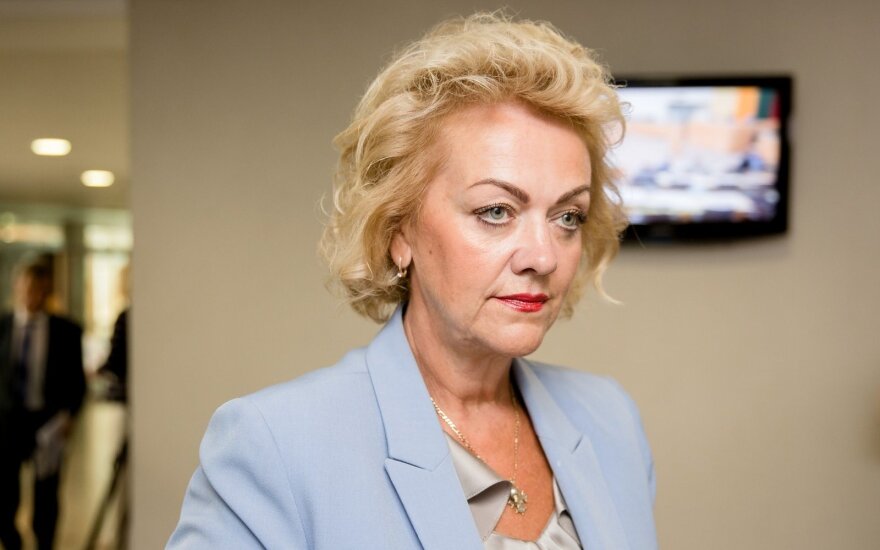 "If there were a threat to national security or a potential breach of the oath, (or) a gross violation of the Constitution, then we have procedures that the Seimas would have to follow," Dainius Gaizauskas told the Ziniu Radijas radio station on Tuesday.

"But I don't think her actions pose a threat to national security," he added.

Gaizauskas confirmed that his committee would hold a meeting next Wednesday to discuss the issue.

Darius Jauniskis, director of the State Security Department (VSD), is expected to brief the committee on the situation at the meeting, which is being convened at the request of four opposition MPs.

The conservative MPs say Rozova's participation in the IAO session is worrisome because Russia could be exploiting the format for its own purposes which are harmful to Lithuania's security.

Rozova, a member of the Russian Alliance and of the Electoral Action of Poles in Lithuania – Christian Families Alliance political group in the Seimas, said last week she had received no warnings from VSD against attending the IAO event in Tbilisi.

Her trip to Georgia was approved by the Seimas Board.

A speech by Sergey Gavrilov, a member of the Russian Duma, during the assembly event in Tbilisi sparked massive protests across Georgia.

Russian opposition politician Alexey Navalny was spotted in Vilnius on Wednesday, the Lrytas.lt...