the Lithuania Tribune, LRT
aA
Rolandas Paksas, the leader of the Order and Justice party, rejects rumours that he might be stepping down from the party's helm. As Paksas himself cannot run for parliament in the general elections this October, speculations continue on who will lead the party's list. 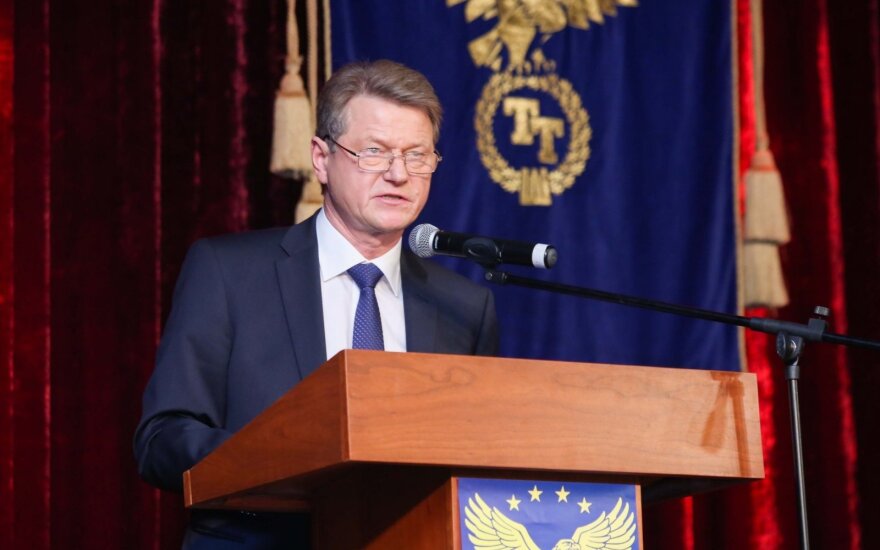 Order and Justice is holding a party congress in mid-March to draft candidate lists for the upcoming elections and there have been talk that the delegates might elect a new chairperson to replace Paksas, who has led the party since its inception in December 2004.

"If people say that, they are not from the inner circle," Paksas rejects such talks, however. "I do not indent and see no reason [not to lead the party]. I certainly will [continue to chair the party]."

Paksas is currently serving a second term as a member of the European Parliament, but will not be able to run for office in Lithuania. After Paksas was impeached and removed from presidency in 2004, the Constitutional Court has ruled he must be barred from elected office. Although the politician has successfully challenged the ruling at the European Court of Human Rights, the Lithuanian parliament is unlikely to pass the needed legislation in time for the election.

Which means that Paksas' name will not be at the top of the party's candidate list, leaving the spot up for grabs.

One possible candidate to lead the list is MP Povilas Gylys, LRT reports. He was elected to the Lithuanian Seimas with the list of the controversial Path of Courage party, but has recently defected and joined the Order and Justice parliamentary group.

The group's chairman Petras Gražulis says it is possible. "I have heard talk that he perhaps could lead the list, which I do not deny. He would be a suitable candidate, I think. But who will [be at the top of the list], we haven't discuss that officially in the party," he told LRT.

Meanwhile Paksas says he will be the one to decide: "I will announce the list and I will decide who will be number one."

Seimas Speaker Loreta Graužinienė is another rumoured candidate to get a high spot on the Order and Justice list. Although she is an old-timer with the Labour Party, recent talks about a possible fall-out with the party gave rise to speculations that she might join Order and Justice.

However, neither Paksas, nor Gražulis confirm the rumours, saying only that Graužinienė would be welcomed at the party, if she decided to join.

Interior Minister Saulius Skvernelis also features prominently in discussions about the party's future. Order and Justice delegated Skvernelis, a former police chief, to the minister's post, but he is not its member.

LRT has quoted unnamed sources, saying that Skvernelis could be offered the top spot in the Order and Justice candidate list as well as the party's leadership. However, the minister of the interior has yet to make any announcement about his political future.

"We had one or two conversations with him [Skvernelis]," Paksas tells LRT. "The man currently has a high profile and good ratings. I would like very much to see him on our list, but there aren't just black and white in life."

Paksas says that the final list of the Order and Justice party's candidates will be announced one week before the deadline when it has to be submitted to the Central Electoral Commission.

EU Commissioner Andriukaitis: Paksas should not be held hostage to the situation

Corruption allegations made against the Order and Justice party, one of the governing coalition...

The Seimas, the Lithuanian Parliament, has approved the findings of the ad hoc commission tasked with...

The conclusions of Lithuania's earlier parliament "on restoration of civil and political rights of...