Over 200 Belarusians granted entry to Lithuania for humanitarian reasons

BNS
aA
Lithuania has to date granted entry to 205 Belarusian nationals for special humanitarian reasons, including 54 who are already in the country, the Interior Ministry said on Monday. 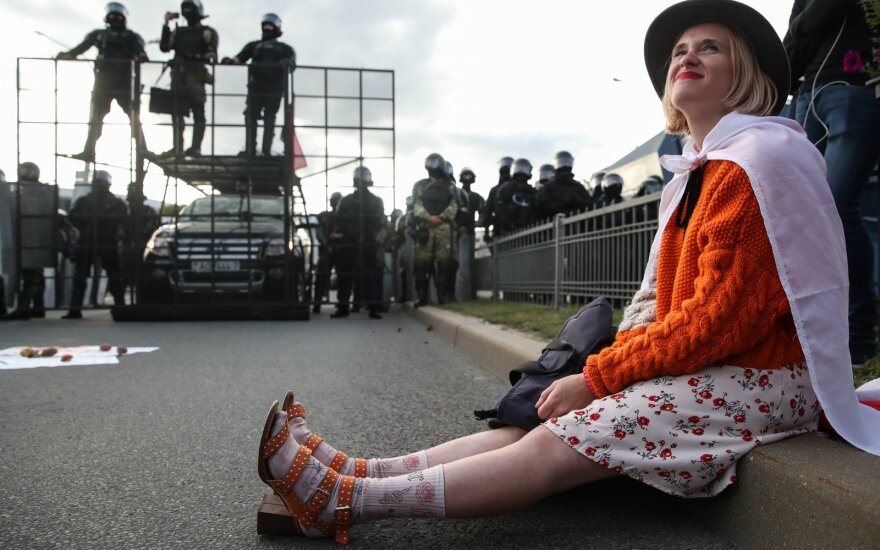 "We worked out a plan of measures immediately after massive protests started in the neighboring country and we are still closely monitoring the political situation in Belarus," Interior Minister Rita Tamasuniene said in a press release.

"We are ready to continue to help Belarusian citizens who need protection due to the threats and political circumstances they face," she added.

According to the ministry, such permits are issued after receiving a reasoned recommendation from the Foreign Ministry to grant entry to a foreign national due to special humanitarian reasons, such as political circumstances or other threats.

Related articles
Border chief: over 50 Belarusians come to Lithuania after election
Lithuania to provide humanitarian aid, scholarships to Belarusians, to invite IT firms

A Schengen visa allows the holder to travel freely within the Schengen Area for a maximum stay of up to 90 days.

Among other things, Belarusian nationals may come to Lithuania and apply for political asylum if they feel persecuted or there is a real threat to their safety and life. Lithuania has received 16 asylum applications from Belarusian citizens.

Belarus has been engulfed in protests since Lukashenko claimed a landslide victory in the August 9 election which the opposition and Western countries say was rigged.

Massive protests challenging the official result were met with a brutal crackdown.

The three Baltic countries have imposed five-year entry bans on Lukashenko and 29 other individuals whom they consider responsible for the vote-rigging and violence against peaceful protesters.

Border chief: over 50 Belarusians come to Lithuania after election

Over 50 people from Belarus have arrived in Lithuania in the wake of the neighboring country's...

The Lithuanian government on Wednesday formally approved a plan to support victims of repression by...

As of Monday, isolation will no longer be required for arrivals from Germany , Sweden , Poland ,...