BNS
aA
The Organization for Security and Cooperation in Europe (OSCE) Secretary General Lamberto Zannier says in Vilnius that now is a good chance to ensure peace in Eastern Ukraine after enforcement of the ceasefire in the strategically important town of Shyrokyne near Mariupol. 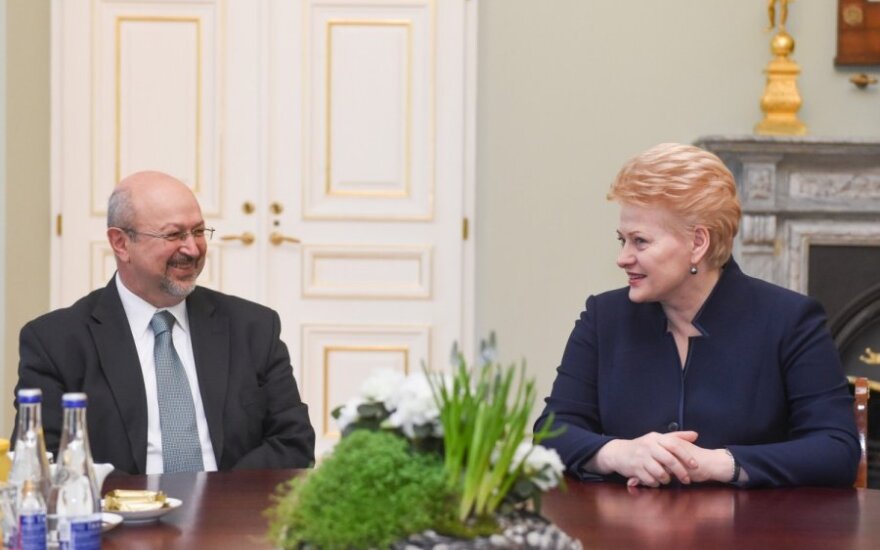 "The news this morning is that our people, our monitors have brokered a truce in Shyrokyne town near Mariupol and this truce seems to be holding. There have been in the last hours no hostilities there," Zannier said in an interview to BNS on Monday morning.

"Here is a good chance for peace at this moment and we need to invest as much as we can in this. But there is always a risk of relapse in the conflict," the OSCE chief added.

OSCE observers play a key role in the efforts to ensure compliance to the ceasefire between Russian-supported separatists and governmental fighters in Eastern Ukraine.

In Zannier's opinion, "the situation is better than it was few weeks back," with heavy weapons largely withdrawn.

The OSCE secretary general said OSCE was currently searching for observers with combat experience, expressing hope that the OSCE mission would include at least 600 observers by the beginning of the summer, while the current number is under 500.

The ceasefire agreement, which was facilitated by Germany and France, was approved on Feb. 12, however, clashes between the governmental forces and separatists have not yet stopped.

On Saturday, the commander of the Ukrainian Armed Forces General Staff for the first time specified Russian military units, which, in his words, help the pro-Russian separatists.

Russia has been repeatedly denying statements by Kiev and Western politicians about Moscow arming the separatists and sending troops to their help.

Nevertheless, independent experts maintain that the modern weaponry used by the separatists and professional fighting methods prove involvement of outside forces.

The conflict has claimed more than 6,000 lives over more than a year of fighting, the United Nations say.

Lithuanian president urges OSCE to step up mission in Ukraine

Lithuania's President Dalia Grybauskaitė on Monday called for an enhanced mission of the...

President Dalia Grybauskaitė welcomed participants of the conference, organised by the Organisation...