BNS EN
aA
Remigijus Žemaitaitis, acting leader of the Order and Justice Party, says that people detained and questioned on suspicions of vote-buying in Šilutė, in western Lithuania, are linked not to his party, but to the Lithuanian Freedom Union (Liberals). 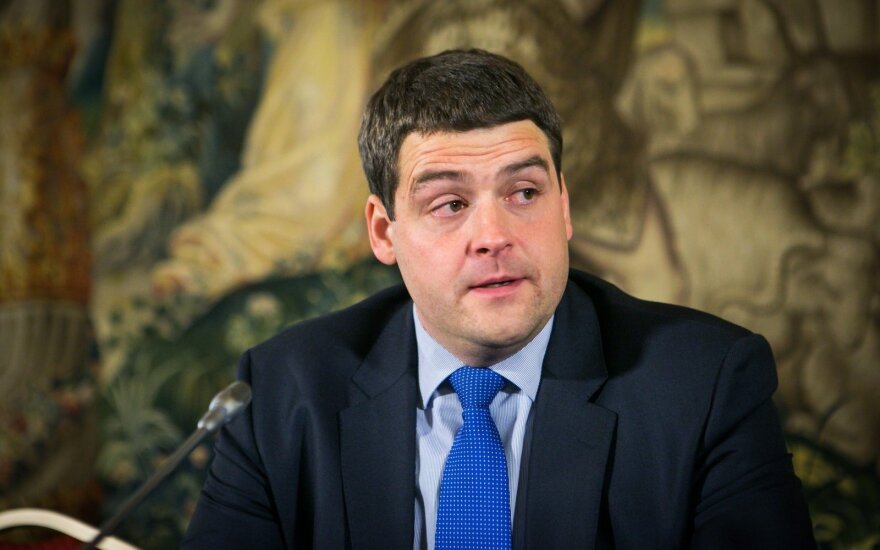 "Based on what the party's representatives managed to found out yesterday, none of the detained and questioned individuals is a member of the Order and Justice and has never been (the party's election) observer. All seven individuals are linked to the Liberals party and have been (their) representatives in the past three elections," Žemaitaitis said at a news conference on Friday.

"Certain things lead one to think that this could be some kind of provocation," he added.

When asked which Liberal party he was speaking about, Žemaitaitis said that it was the Lithuanian Freedom Union (Liberals).

"I'm hearing this for the first time. Somebody is bluffing here," he told BNS.

The Order and Justice Party reiterated on Friday that they were distancing themselves from the vote-buying incidents and said that discussions that the party might be removed from the multi-member constituency due to violations were inadequate.

The police said on Thursday that they had detained seven individuals on the suspicion of vote buying in Šilutė. One of them has been arrested for 10 days.

Deputy Police Commissioner General Edvardas Šileris confirmed that votes had been bought in Šilutė in favor of the Order and Justice. In his words, the alleged vote- buying took place on election day, October 9, but a pre-trial investigation had been opened three days earlier.

Order and Justice party results in Seimas'elections in doubt

Suspicions of vote-buying in Šilutė, in western Lithuania, may call into question the Order and...

Lithuanian watchdog approves results of 1st round of parlt election

Lithuania's Central Electoral Commission on Sunday approved the results of all single-member...

The Central Electoral Commission (VRK) has hinted at a potential removal of the Order and Justice...