BNS
aA
Members of the Order and Justice party, part of the ruling coalition party in Lithuania and whose Rolandas Paksas leader has been accused of corruption, held a protest outside the house of Lithuanian state prosecutor, Irmantas Mikelionis, in Vilnius District yesterday. 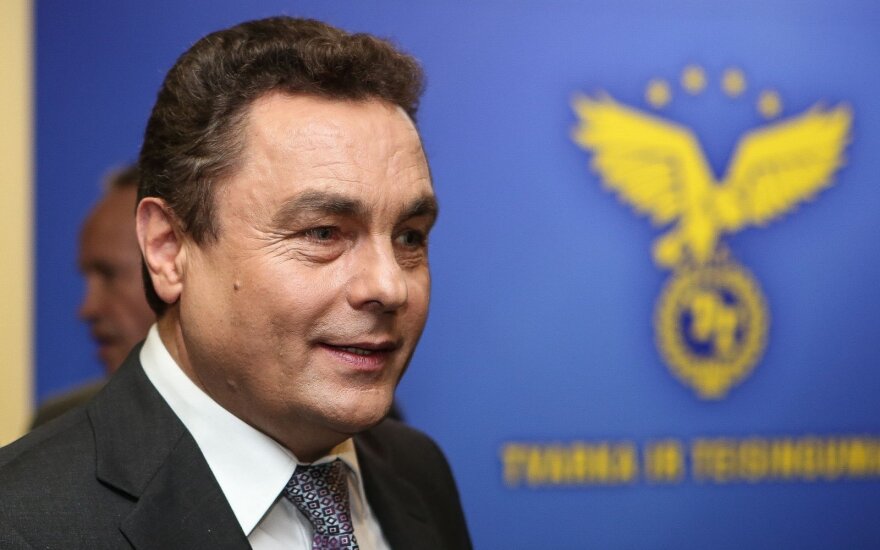 The prosecutor said the protest was an attempt to put him under pressure and said: "Every person has a certain private life, and not only I but also my wife and my minor children live in this house. They also have certain rights," Mikelionis told BNS Lithuania.

Order and Justice MP Petras Gražulis, who was one of the protesters, claimed that that law enforcement authorities had joined the election campaign and that Lithuania’s president was supporting two of the other political parties.

"We have chosen this way as we don’t want to generalize that all prosecutors are bad in the prosecution service," Gražulis said outside the home of Mikelionis, chief prosecutor at the Prosecutor General's Office's Organized Crime and Corruption Investigation Department.

Lithuania's Prosecutor General's Office said on Thursday that a pre-trial investigation has been launched about the rally outside Mikelionis' home.

The probe will look into whether the picket did not interfere with the prosecutor's activity, the Office said in a statement, stressing that the protest was held outside the prosecutor's home where his wife and minor children also live.

Earlier, Mikelionis said the Prosecutor General's Office considered turning to the European Parliament to have Rolandas Paksas, leader of the Order and Justice party, stripped of his legal immunity so that prosecutors could bring charges against him.

On Monday, the politician was questioned as a special witness as part of an ongoing pre-trial investigation into trade in influence.

MEP Rolandas Paksas has denied allegations of accepting a bribe, saying that prosecutors'...

MEP Rolandas Paksas , leader of the Order and Justice party, is suspected of accepting a bribe of...

Lithuania's Special Investigation Service (STT) broke the news on Monday that it was investigating...