BNS
aA
Lithuania's ruling Order and Justice party intends to take to court the Special Investigation Service (STT) over the searches carried out at its Vilnius bureau. 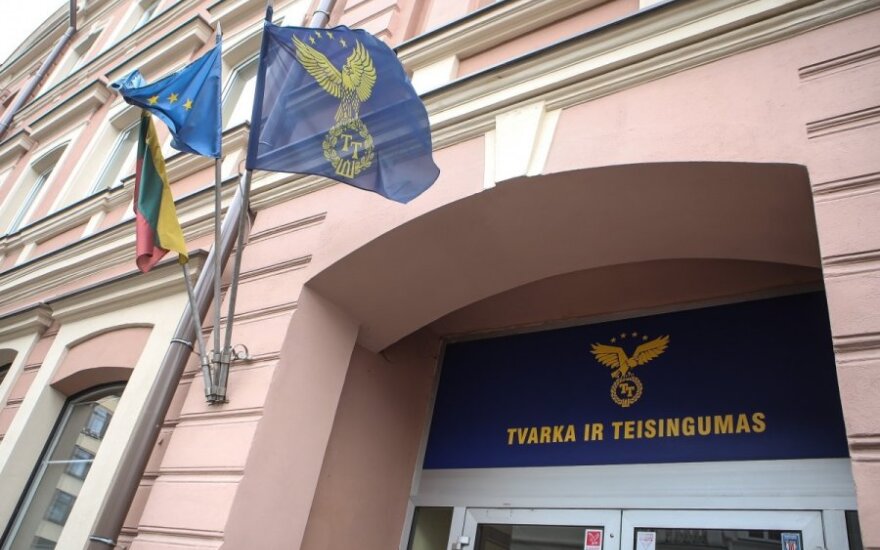 "We have seven days from the moment of the searches. We will definitely exercise the right and will file an appeal. We think that the STT actions and not only that – the court negligence or an intentional move to sanction searches at the Order and Justice party's office but fail to specify the addresses. This means that searches can be performed not only in Vilnius but also in Šiauliai and Pagėgiai," the party's vice-chairman MP Kęstas Komskis, the former mayor of Pagėgiai, said on Thursday.

In a statement, the party said the law-enforcement actions were redundant and disproportionate.

"The Order and Justice party expresses strong protest over the actions that were performed against it by officers of the Special Investigation Service on 21 October and will seek a legal assessment of the action. Operations of the Order and Justice party were possibly unlawfully restricted by the investigation of physical entities. The officers' actions in the framework of searches of the party's central headquarters in Vilnius, which involved removal of computer hardware, databases and documentation of political character, as well as the search of the office of European Parliament member Rolandas Paksas who is currently away for plenary meetings of the European Parliament are seen as disproportional and violating an MP's right to legal immunity and causing major damages to the party's operations," the Order and Justice party said in the public communique.

"The Order and Justice party does not see any link of the redundant SIS actions and the commotion caused in the society to the party's operations in the ruling coalition," the party emphasized.

After reading the communique to journalists at the parliament, Komskis said the officers removed documents and computers that are unrelated with the investigation in progress. In his words, this paralysed the party's work.

"They seized documents, computers that have nothing to do with the party, they seized computers of the MEP's assistants, they searched the office of the party's chairman MEP Rolandas Paksas. This paralyses our operations. We cannot work normally today," said the vice-chairman.

Agents from Lithuania's Special Investigation Service (STT) on Tuesday searched the headquarters of...

The prosecutor in the so-called Ministry of the Interior case in Lithuania has decided not to demand...

Lithuania's interior minister says he will not resign

The parliamentary group of the conservative Homeland Union will initiate interpellation against...