BNS
aA
The Order and Justice party joined on Tuesday the ruling coalition of the Lithuanian Farmers and Greens Union (LVŽS) and the Lithuanian Social Democratic Labor Party (LSDDP) in the parliament. 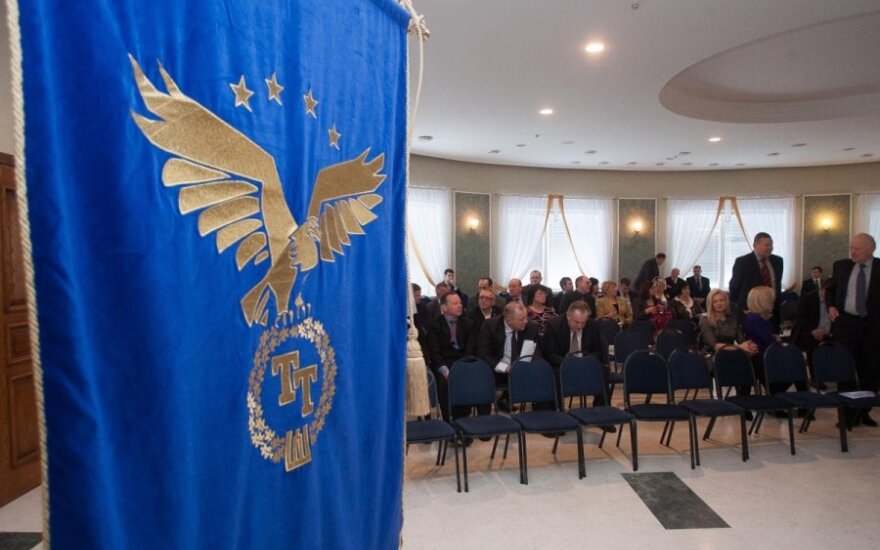 The cooperation agreement, signed by the heads of the three parties' political groups in the Seimas, formally gives the ruling bloc 73 votes in the 141-seat parliament.

"The agreement will make it easier for the ruling coalition to pass decisions that are necessary for our government's successful work and the goals set by our coalition," LVŽS leader Ramūnas Karbauskis told reporters after the signing ceremony.

Formally, Order and Justice MPs did not become part of the ruling coalition, but they left the parliamentary opposition, he said.

The LVŽS invited the Electoral Action of Poles in Lithuania–Christian Families Alliance (LLRA-KŠS) to sign the agreement, too, but it did not accept the proposal.

Under the deal, the political groups will consult each on all matters of the parliament's activities, will seek common solutions and will jointly prepare and support draft laws.

The proposals the Order and Justice put forward before signing the deal will be included as a supplement to the agreement.

Remigijus Žemaitaitis, the Order and Justice chairman, said that 12 of the 15 items on the list had been agreed on and the remaining three were still being discussed.

The LVŽS offers the post of a Seimas vice-speaker to the Justice and Order. Vytautas Kamblevičius, the head of the Order and Justice group in the parliament, said that they would propose Žemaitaitis for the post.

The former opposition party said, however, they would not back some of the ruling bloc's initiatives, as such as the proposed expansion of dual citizenship or the hospital reform in its current form.

The Order and Justice council decided on Sunday to propose Rolandas Paksas for the post of the...

The Order and Justice Party will ask the court to assign a special status to a case in which the...