Elta EN
aA
MP Andrius Mazuronis, son of MEP Valentinas Mazuronis, has announced about his decision to leave the parliamentary group of the party Order and Justice. 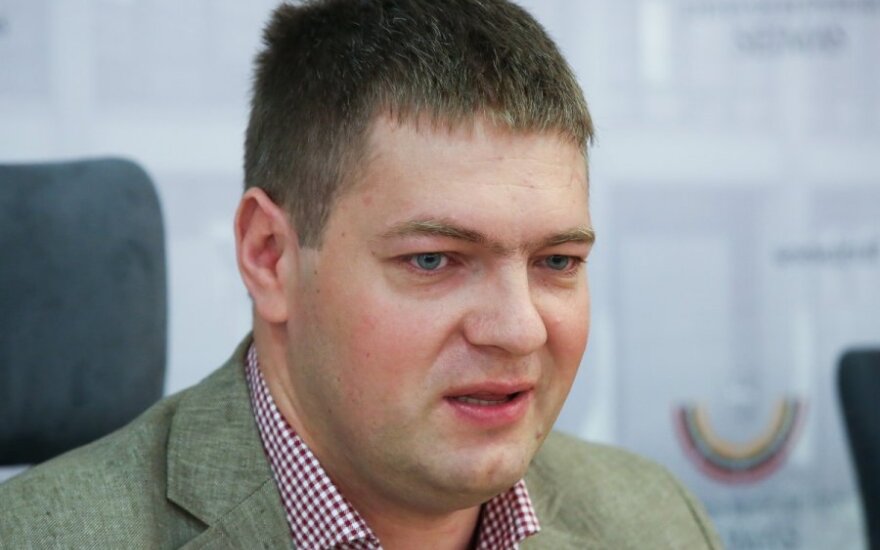 MP says that he cannot accept the current policies implemented by the party's leadership.

"It was not my goal to leave the party but I cannot agree in principle with the current priorities chosen and decisions made by the party as they do not serve the state and the people.

"Opinion differences between me and the party's chairman Rolandas Paksas are obvious, as well as our approach to key issues of the state. I and the party's leaders have absolutely different views on the euro adoption, Lithuania's membership in the European Union, shale gas, events in Ukraine and many other issues. I no longer see a possibility of continuing to try to change the party leaders' opinions," MP Mazuronis said.

He also said that there was not enough free dialogue in the party, as well as constructive discussions and new approaches to the future of Lithuania as a western and modern country.

MEP Valentinas Mazuronis, who also belongs to the party Order and Justice, is not going to follow his son's example any time soon.

"Young people make decisions faster. I also have some doubts about similar issues and I have stated them publicly in the past. However, I was one of the party's founders. I do not think I should make any emotional decisions now. But I am still thinking," MEP Mazuronis said to Elta on Monday.

He views his son's decision positively because, according to the MEP, it was well-motivated and grounded.

Ruling coalition unlikely to be shaken

Andrius Mazuronis' withdrawal from the Order and Justice party and its parliamentary group is unlikely to influence the ruling coalition, says Dr Tomas Janeliūnas from the Institute of International Relations and Political Science of Vilnius University.

The political scientist predicts that the politician will be accepted to another partner-party of the ruling coalition.

"It was very clear: Andrius Mazuronis has been criticising Rolandas Paksas' decisions and the entire internal politics of the party for a long time. His decision to leave, to my mind, is only logical, because sharp differences were obvious from public criticism," said the political expert to Elta.

According to Janeliūnas, the ruling coalition, which is also undergoing some internal conflicts, will not be shaken up by one person's exit, so no major changes in the coalition should be expected.

The political scientist did not want to predict which party MP Mazurinis would choose to join, but he did not rule out the possibility that it would be one of the ruling coalition's partners. The ruling coalition currently consists of the Social Democrats, the Labour Party and the Order and Justice. They have 79 seats in parliament combined, out of 141, including Andrius Mazuronis' seat.

Political scientist Janeliūnas says that it would be a logical step for Andrius Mazuronis' father, Valentinas Mazuronis, to leave the party as well.

"Both the father and the son, in my view, share very similar approaches. They both criticise Rolandas Paksas to certain extents but in a very similar fashion. Therefore, it is absolutely possible to see Valentinas Mazuronis leave the party too. However, such step could change his activities in the European Parliament," the expert said.