Opposition on president's address: She does not expect problems to be solved by this government

BNS
aA
Lithuanian President Dalia Grybauskaitė did not say much about the government's work in her State of the Nation Address on Thursday as she hardly expects anything from it, the Seimas opposition says. 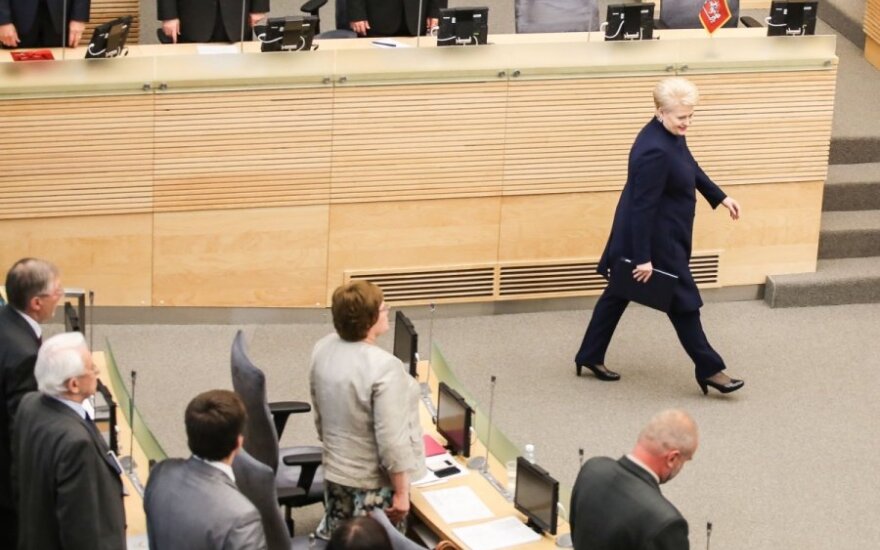 "There was a peculiar fact that the president did not mention the government itself, and we got an impression that she no longer expects anything from the government," opposition leader Andrius Kubilius, a conservative, told journalists.

Kubilius, Lithuania's former prime minister, also added that the president "did not set any tasks specifically for this government and enumerated problems Lithuania should address and they require long-term solutions and intellectual effort".

"We got an impression that she no longer addresses those problems to this government," Kubilius said.

His opinion was also shared by Eligijus Masiulis, leader of the opposition Liberal Movement. In Masiulis' words, "the president implied that this government is not capable of implementing the president's ambitious goals."

According to Masiulis, the Liberals also found acceptable Grybauskaitė's statement that the existing non-flexible labour market was halting growth in Lithuania.

"Labour market flexibility is a ripe issue, and the president once again called for making specific decisions, instead of creating social models to cover up one inactivity, to make labour relations more flexible and liberal to promote growth," Masiulis said.

He believes in her State of the National Address, the Lithuanian president "very accurately identified today's problems and signaled that changes are needed in the society and the government".