Elta EN
MP Kazys Starkevičius of the Homeland Union-Lithuanian Christian Democrats (TS-LKD), shadow agriculture minister, says that the action plan for 2014-2015, prepared by the Ministry of Economy and approved by the Government, which seeks to reduce losses of Lithuanian companies due to Russian trade sanctions, provides little hope for farmers, processors and carriers. 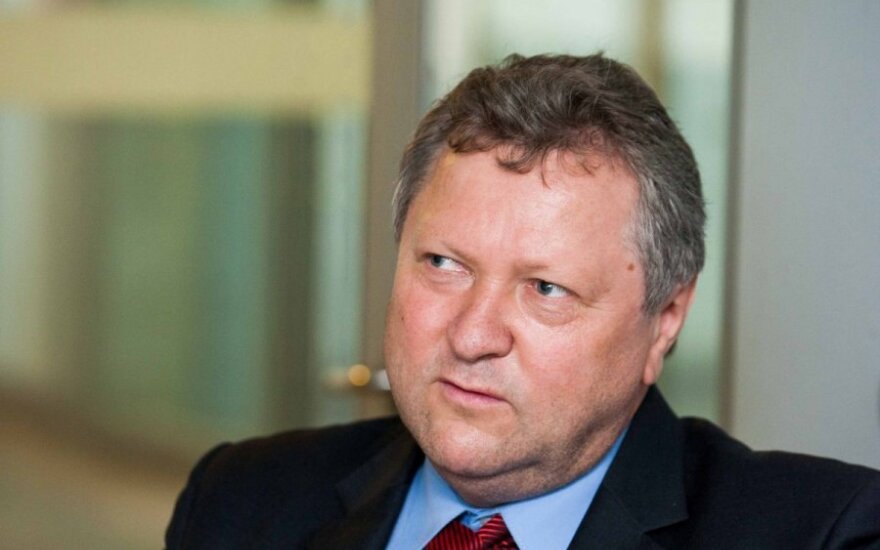 The action plan indicates that the Ministry of Agriculture will negotiate with the European Commission on launching intervention buying-in of agricultural produce and will initiate replacement of information and sales promotion programmes for targeted markets. It is also planned to use guarantees provided by the Agricultural Guarantee Credit Fund and renew interest subsidies for agricultural producers.

Starkevičius claims that most of these measures should have left ministries' doorsteps long ago. According to the MP, the measures had to be submitted to the Government and the Seimas, and would have been already discussed in the European Commission.

"Russia has imposed sanctions against Lithuania a number of times in the past, without any motives, simply demonstrating political ambitions. Nonetheless, Algirdas Butkevičius' Government has not learned from this. Only when the embargo hit the entire EU, did they decide to seek out markets where Western countries have been trading for a long time. This late awakening will cost a lot of money, but it will bring no damage to businesses close to the government's "manor" and some supporters of the Coalition," said Starkevičius.

According to the MP, the state undertakes to help businesses to seek for new markets. He added, that the Chinese market has been discovered long ago - trade agreements for food product were signed when Starkevičius was Minister of Agriculture, but "have been forgotten in the drawers of the current government".

Starkevičius also noted that Lithuanian companies plan to use a third of funds allocated to seek for new markets for participation in exhibitions in Russia, which is still regarded by the Ministry of Economy as one of priority destinations for export. He said that businesspersons' wishes to maintain ties with Russia are understandable but questioned why the state should pay for this.

"Only completely mindless heads of the government or their supporters who intend to "warm their hands" can decide to spend money where there are no prospects," said member of the TS-LKD political group.

Prime minister says no merger of Economy and Energy Ministries

Prime Minister Algirdas Butkevičius reassured that there are no plans to merge the Ministry of...

Government officials and representatives of dairy processing industry have agreed that, in August,...

The Government has not approved the proposal to use budget funds to partially compensate dairy and...

EU to cover losses of Lithuanian fruit and vegetable growers

The European Commission will cover losses incurred by Lithuanian agricultural producers because they...