ELTA
aA
According to Andrius Kubilius, former prime minister and leader of the Seimas opposition, the ruling coalition showed unbelievable breakthrough of common sense last week when it decided to dismiss and not to reinstate deputy ministers mentioned in the Special Investigation Service (STT) report. 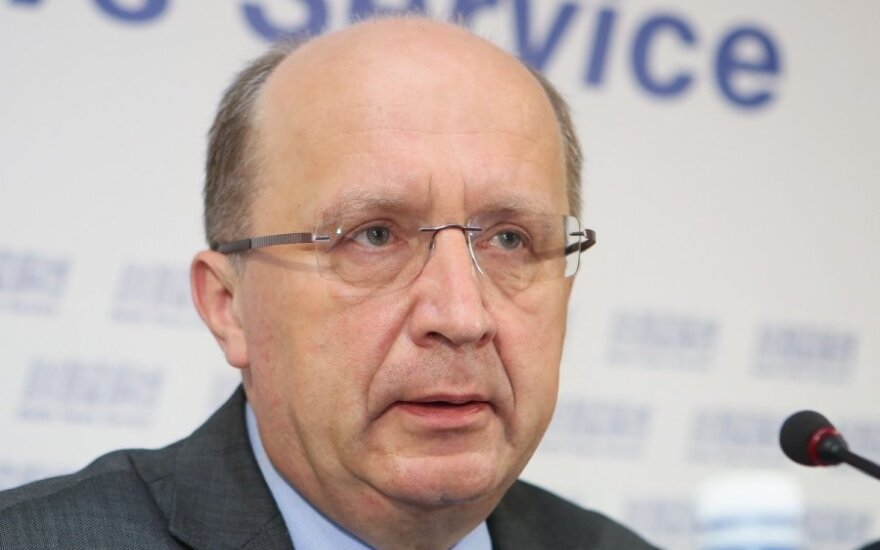 "Even though they will disguise this under dismissal of all deputy ministers, it still does not change the essence. They have given in despite numerous statements that they would fight to the end with the president for deputy ministers," Kubilius said at a press conference on Monday.

The leader of the opposition did not exclude the possibility that the coalition may invoke small deception and reinstate deputy ministers named in the STT report after the Government's powers are approved. Kubilius says "this would be a great mistake made by the government".

However, the MP noted that "the issue of 9 deputy ministers" cannot be regarded only as the struggle between the ruling coalition and the president in which the latter won.

"(...) Deputy ministers are the leadership of ministries. There have been no such cases previously that the STT submitted information about as many as nine deputy ministers which would be a pretext to fire them," Kubilius said.

According to the MP, the issue cannot be regarded as trivial or ordinary. Instead, he says, it is a serious symptom that the coalition suffers from systematic lack of transparency and dishonesty.

Moreover, it is a cause for great concern that after almost 25 years of independence, as many as nine deputy ministers are said to have discredited themselves.

"What we are seeing is not a problem of separate deputy ministers but rather a clear proof that the ruling coalition itself is acting systematically in non-transparent and dishonest ways while the deputy ministers are just tools of such a system," Kubilius stated.

As reported, Prime Minister Algirdas Butkevičius promised that once the Government is approved after returning its mandate, all deputy ministers will be dismissed.

President says has a duty to prevent stealing of public funds

Attempts to put a tag “criminal” on the incumbent Lithuanian government amount to politicizing...